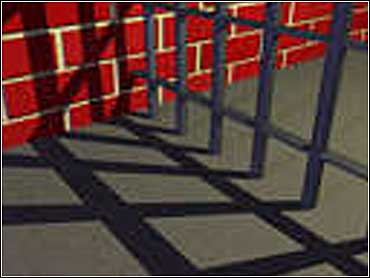 A 14-year-old girl under house arrest on charges of murdering her father escaped after cutting an electronic monitoring device off her ankle and gluing it to a cat, authorities said.

If she thought pinning the device to the cat would fool authorities, it did not work: An alarm went off when a circuit in the device was broken, officials said. But she was gone before police could get there.

Kayla is awaiting trial Sept. 7 on charges of stabbing her father to death in February. Sheriff's Sgt. A. D. Beasley said the motive for the slaying was unclear.

Lowe said Kayla told family members she planned to escape by July 2. He said the relatives were asleep when she fled.