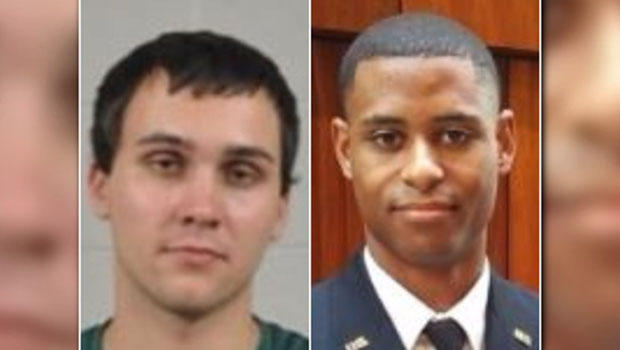 COLLEGE PARK, Md. - A man arrested in a fatal stabbing at the University of Maryland that has been under investigation as a possible hate crime has been indicted on a murder charge.

The Prince George's County Office of the State's Attorney said in a statement Thursday that a grand jury indicted Sean Urbanski on one count of murder in the death of Richard Collins III.

Collins was fatally stabbed on May 20 at a campus bus stop, just days before he was scheduled to graduate from college. Collins was black. Urbanski is white.

"This was an unprovoked attack and we believe that Mr. Urbanski should face the highest possible penalty allowed by state law for his actions," said Prince George's County State's Attorney Angela Alsobrooks.

Alsobrooks said her office intends to seek a sentence of life without parole and that the motive in the case is still under investigation.

"The FBI is assisting with analysis of all digital equipment seized from Urbanski and is expected to conclude their investigation within the coming weeks," read a statement from Alsobrooks's office.

If investigators determine the stabbing was motivated by hate, they can return to the grand jury and seek a superseding indictment. The office says it expects the investigation to be complete within a few weeks.

CBS Baltimore reports that police learned after the stabbing that Urbanski was a member of a white supremacist group on Facebook called "Alt-Reich Nation," which contained racist material.

When he was killed, Collins was preparing to receive his diploma from Bowie State University and serve his country. He completed his ROTC training and had been recently commissioned as a second lieutenant in the U.S. Army, where he expected to join the intelligence division.