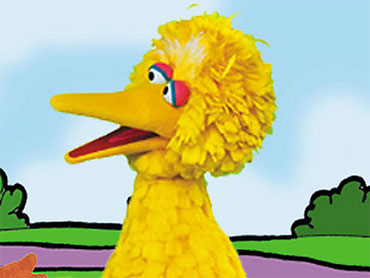 The Muppets have more to offer than lessons on numbers, letters and shapes - now they're teaching children about fear, violence and war.

The nonprofit group behind "Sesame Street" announced plans Wednesday to distribute 75,000 copies of a video called "You Can Ask!" that encourages children to ask their parents when they are confused about feelings.

The video, paid for by the Federal Emergency Management Agency, is aimed at helping children cope with repeated media images of the Sept. 11 terror attacks and other violence in the world.

"Too often, children in America are witnessing too much, too soon," said Gary Knell, president and chief executive officer of Sesame Workshop.

At a press conference Wednesday, Emilio Delgado, who plays Luis on "Sesame Street," led 25 New York City kindergartners in a rendition of the alphabet song. Then he explained to a furry, teal Muppet named Rosita that "children can ask their parents questions when they're scared, when they're very confused and worried."

The videos will be distributed this summer and fall to schools, mental health offices, crisis counselors and child-care programs in New York, New Jersey and Connecticut. The producers hope to take the program nationwide.

Producers said it could be used to help kids handle everyday trauma, too.

In a segment on fear, a New York City firefighter helps Elmo - the bright-eyed, high-pitched red Muppet adored by children - grow comfortable with returning to Hooper's Store after a fire there.

In a segment on loss, an adult helps Big Bird feel better after a stray turtle he had cared for suddenly leaves his nest. Two other scenes deal with bullying and accepting others' differences.

The videos are in English, but instructional material for parents is also being offered in Spanish and Mandarin Chinese. Producers said they wanted to make sure children living in Chinatown, just blocks from ground zero, could benefit.