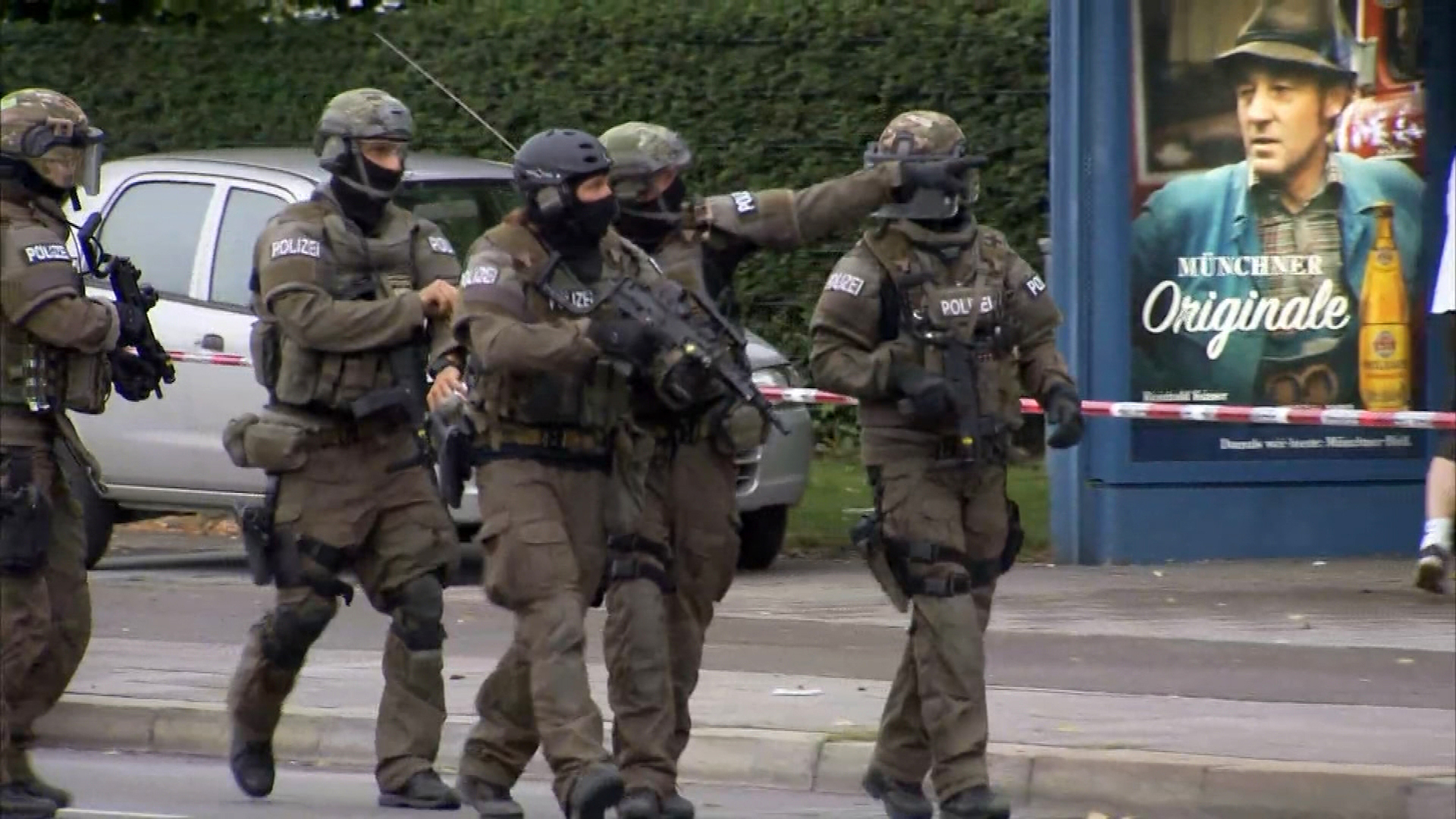 HELSINKI -- Hours after Norway paid an emotional tribute Friday to the 77 people killed in a bombing-and-shooting rampage by a far-right terrorist five years ago, a manhunt was underway for a shooter or shooters who opened fire at a shopping mall McDonald's in Munich, leaving at least nine dead and wounding others.

Munich's city transit system was shut down and police asked people to stay inside their homes and otherwise avoid public places.

"At the moment no culprit has been arrested," police said on social media. "The search is taking place at high speed."

Officials have not said if they've determined a motivation for the attack.

The shooting rampage occurred on the same day that people in Norway, about 1,000 miles north, were marking the anniversary of what the prime minister called "one of the darkest days in Norwegian history."

Prime Minister Erna Solberg, Crown Prince Haakon and Crown Princess Mette-Marit laid wreaths at the government offices in the Norwegian capital, Oslo, where Anders Behring Breivik exploded a car bomb that killed eight people before driving to the island of Utoya where he gunned down 69 people -- mostly teenagers at a youth summer camp.

In 2012, Breivik was convicted of mass murder and terrorism and given a 21-year prison sentence that can be extended for as long as he's deemed dangerous to society.

Legal experts say he will likely be locked up for life.

His attacks traumatized the nation of 5 million, where an estimated one in four people were affected through connections with family, friends or acquaintances of the victims.