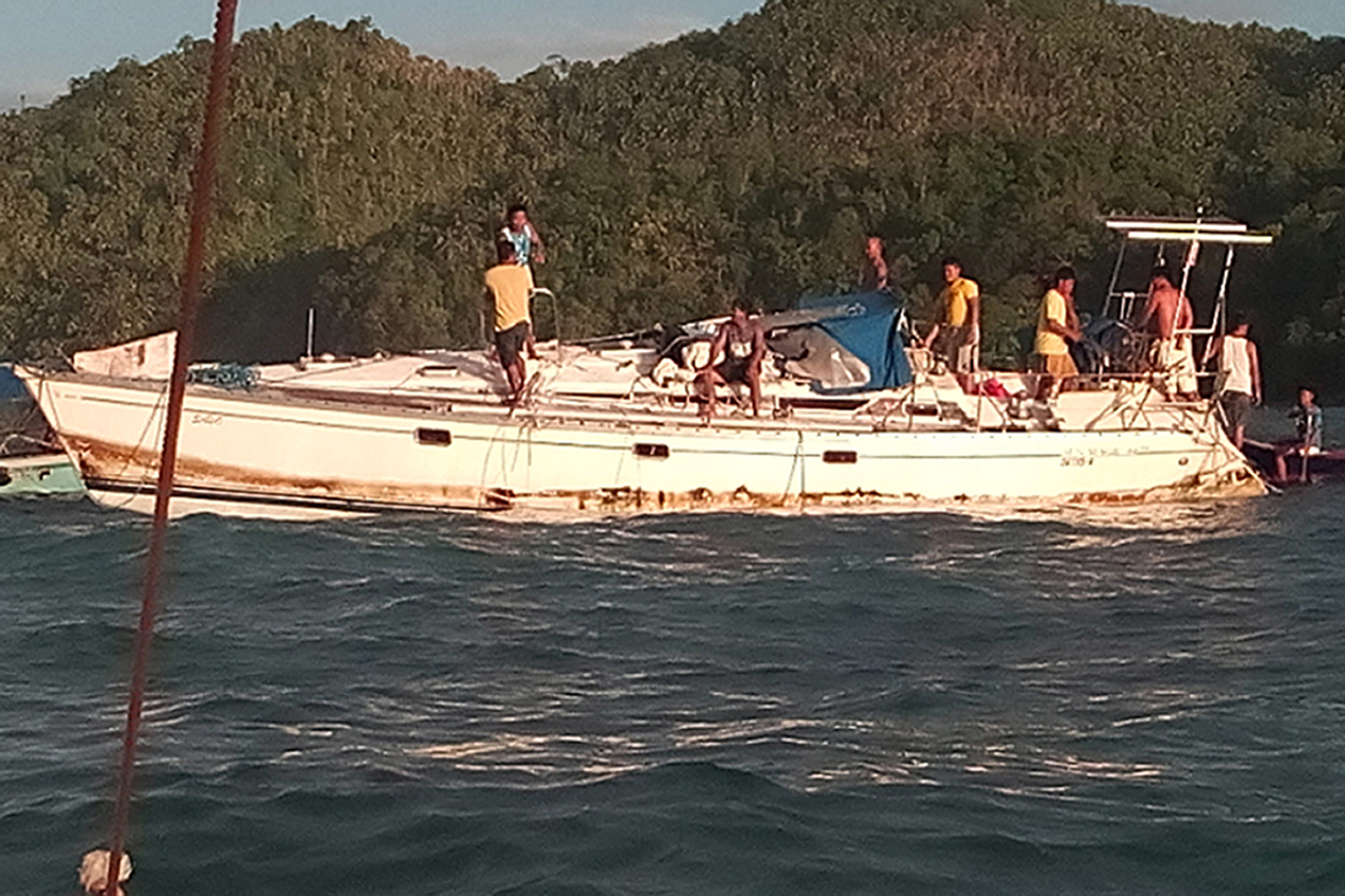 MANILA, Philippines -- Philippine police said Tuesday that they were trying to confirm the identity and cause of death of a man found dead while sitting slumped in a yacht that was drifting in the Pacific Ocean and which was apparently owned by a German adventurer.

Police Chief Inspector Dominador Plaza said the gray decomposing remains of the man resembled a mummy, adding mystery to his death. His body was discovered near the radio in the cabin of a white yacht found last week by Filipino fishermen off the southeastern province of Surigao del Sur.

There were no visible signs of foul play, like a gunshot or stabbing wound, Plaza said.

"Initially, it looks to us that he died of natural causes, maybe a heart attack," he said by phone. "And death appears to have come suddenly because he was still sitting by the table when he passed away."

Plaza said initial estimates show the man had been dead in the hot enclosed cabin for at least several days, but that authorities were awaiting an autopsy report due this week for a more accurate finding.

The 40-foot-long sailboat's mast was broken, maybe in a storm, police said.

Documents found in the yacht showed that it was owned by a German adventurer identified as Manfred Fritz Bajorat, Plaza said.

Mayor Felixberto Urbiztondo of Surigao del Sur's coastal town of Barobo, where fishermen towed the damaged yacht and the body was brought, said a daughter of Bajorat called to say her family was planning to travel to the Philippines to help investigators confirm whether the man was her father.

If the man was Bajorat, Urbiztondo said the man's family plans to have him cremated before bringing him back home.

The German Embassy in Manila refused to comment and referred questions to the Ministry of Foreign Affairs in Berlin.