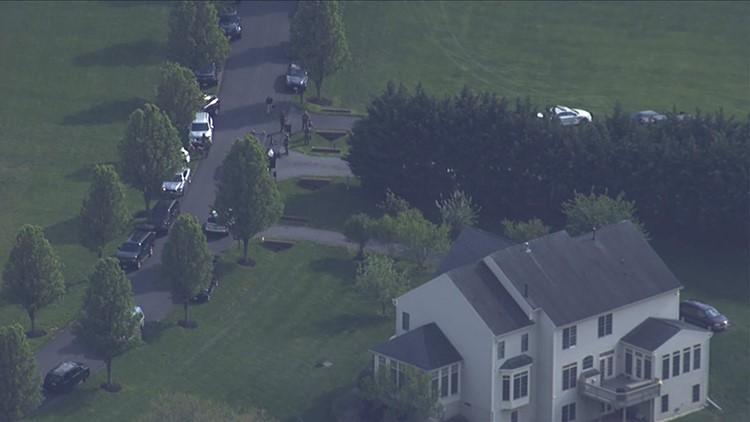 EDITOR'S NOTE: There has been an update to this story. Click here for the latest.

BROOKEVILLE, Md. -- Police responding to a call for a domestic disturbance with people shot found multiple people dead inside a Brookeville, Maryland home Monday afternoon. Montgomery County police said via Twitter that the suspect, who is believed to be known to police, is not in custody.

They asked residents to shelter in place.

Police said they couldn't confirm whether the deaths were related to a domestic dispute, but they were not believed to be random.

The victims and suspect haven't been identified.

Brookeville is about 15 miles north of Washington, D.C.