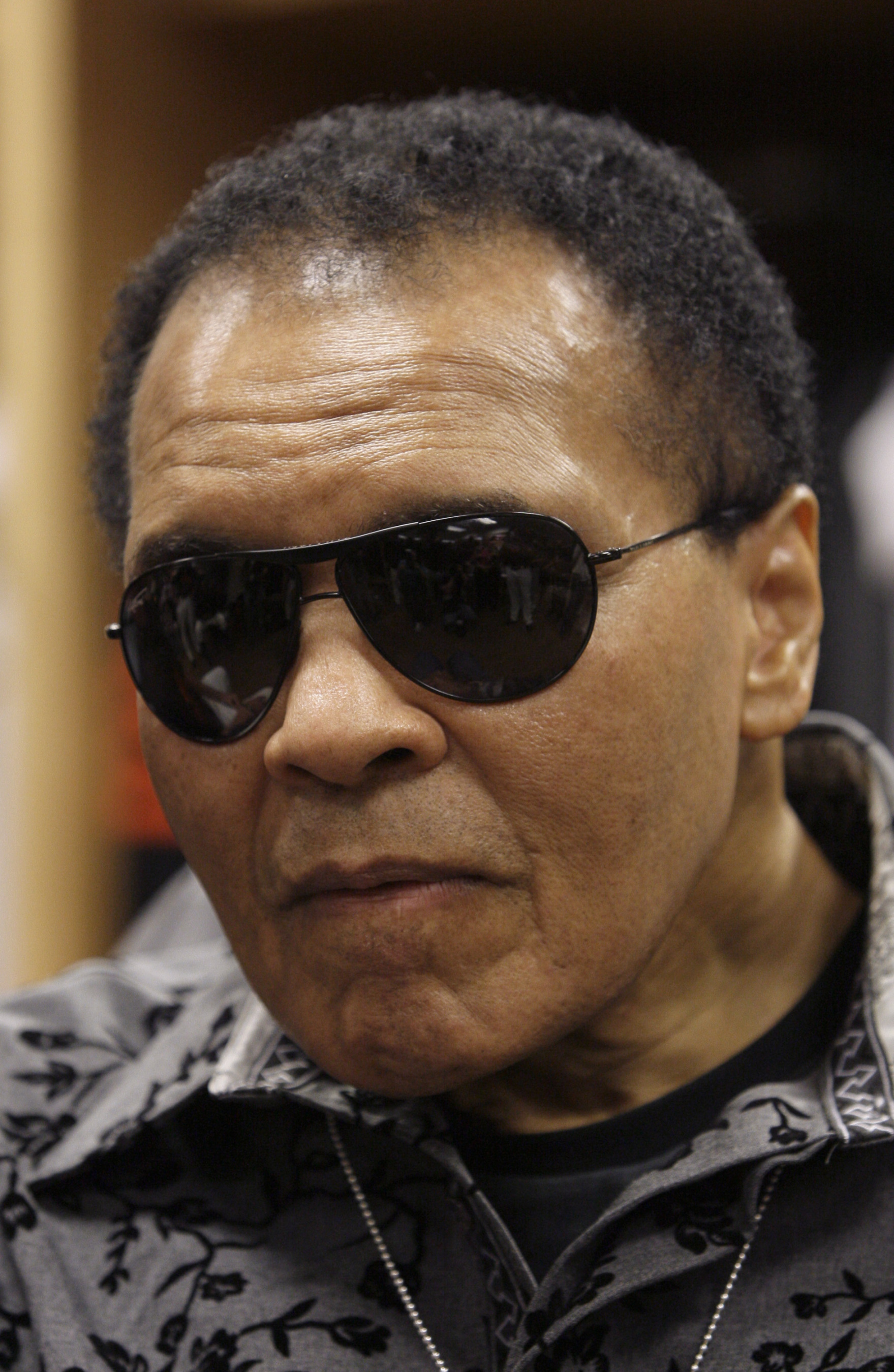 LOUISVILLE, Ky. - In addition to sending a letter to Iran's supreme leader seeking the release of two American hikers, Muhammad Ali's wife says the boxing champ is also willing to go there to help make it happen.

But Lonnie Ali says such a visit would depend on her husband's health. Parkinson's Disease has limited his speech and physical activity.

"If we thought that they would be released and if Muhammad's presence would have some impact on that release for the good, then, yes, we would try very hard to make sure Muhammad was able to go," Lonnie Ali said. "But a lot of that, as you know, would depend on Muhammad's health. That's the bottom line."

Arguably the most prominent U.S. Muslim, Muhammad Ali made a behind-the scenes appeal to Ayatollah Ali Khamenei in February and released his letter to The Associated Press on Wednesday. The letter asks Khamenei to release Josh Fattal and Shane Bauer, who have been held on espionage charges since July 2009, when they were arrested while hiking in northern Iraq near the Iranian border.

A third hiker, Sarah Shourd, was released on bail in September.

The letter was the second one the boxing champ sent to Khamenei asking for the Americans' release, Lonnie Ali said. The first was sent last year just before Shourd was released, but it isn't known whether the letter had any effect. Ali hasn't received responses to either letter.

"Please show the world the compassion I know you have in your heart," Muhammad Ali wrote in his second letter, asking Khamenei as a "dear brother" to show the same mercy and compassion for the two men as he did for Shourd.

Lonnie Ali said the letter was delivered via the Iranian consulate in the United Nations.

"He was hoping his letter would bear some weight in trying to secure the release of these ... two idealistic young people," Lonnie Ali told The Associated Press in a telephone interview from their Arizona home.

The letter referenced the 69-year-old former boxer's previous trips to the country and his memories of its "kind and beautiful people."

"Most Americans don't know how warm and welcoming the Iranian people can be," Muhammad Ali wrote. "One day, I hope I am able to return to Tehran to stand, greet and be among my Iranian brothers and sisters once again. Perhaps that day will come soon."

Lonnie Ali said her husband has visited Iran twice before, including a trip in the early 1990s in which he tried to secure the exchange of prisoners during the Iran-Iraq war.

The former boxer is the founder of a center for world peace in Louisville, where he grew up and launched a boxing career that included three world heavyweight titles.

Lonnie Ali said her husband was asked to intervene by the late John Arum, son of boxing promoter Bob Arum.

John Arum, also a hiker, died in a climbing accident on Storm King Mountain in Washington state shortly after he asked Ali to help and before Shourd was released, she said.

"We felt we could at least send a letter on their behalf," Lonnie Ali said. "So that's what we did and we followed up with this letter."

She said Alex Fattal, Josh Fattal's brother, had visited the Alis in Arizona on Tuesday. It was their first meeting.

"We are deeply grateful to Mr. Ali and the many other people around the world who know that Shane and Josh absolutely do not deserve to be in prison," the families said in a statement released through their spokeswoman, Samantha Topping. "We hope and pray that Iran hears this appeal and responds with compassion. It is time for this nightmare to end."

The second session of the trial is scheduled for May 11 in Tehran.

The U.S. government has denied the charges against the hikers and demanded their release. Their lengthy detention has added to tensions between the two nations over issues such as Iran's disputed nuclear program.