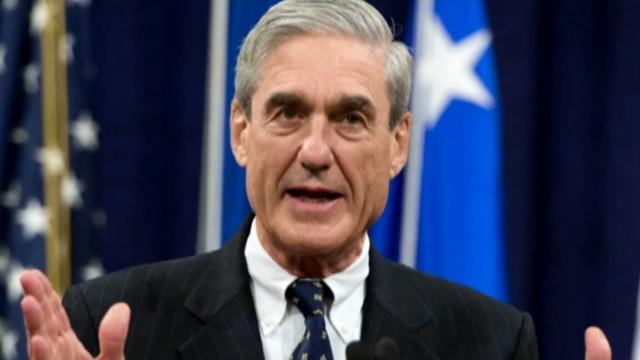 The president's legal team has signaled that this would be their preferred format for a possible interview, since it helps protect Mr. Trump from the possibility of lying or misleading investigators, which is a criminal offense.

Giuliani told CBS News it will take up to three weeks for him to get fully up to speed on the facts of the investigation and be prepared to engage in formal negotiations with the special counsel about the terms of a possible interview with Mr. Trump.

Giuliani told Reid that he and the president's legal team continue to be in communication with the special counsel, but that he wants to have a better sense of the facts before engaging in formal negotiations about a possible interview.

Giuliani said Mr. Trump's team also wants some issues to be off-limits, although he wouldn't elaborate on which ones, and they want a time limit for the interview.

In addition, Giuliani also told Reid he'd want to know whether the interview would become public, and whether they would have the chance to issue a rebuttal to anything alleged by the special counsel.

If they can come to an agreement on the terms of an interview, Giuliani says he would like to wait until after the North Korea summit to prepare Mr. Trump. He believes that it would take several days to prepare the president for this kind of interview and he would not want to take him away from preparing for talks with North Korea.

If negotiations are not successful and Mr. Trump is subpoenaed, he will fight it, Giuliani said. The case would likely end up at the Supreme Court.

Giuliani is not suggesting that Mr. Trump would ignore a subpoena, but rather that they will use it as another opportunity to negotiate an interview on their terms. If that does not work, they will challenge it in court.