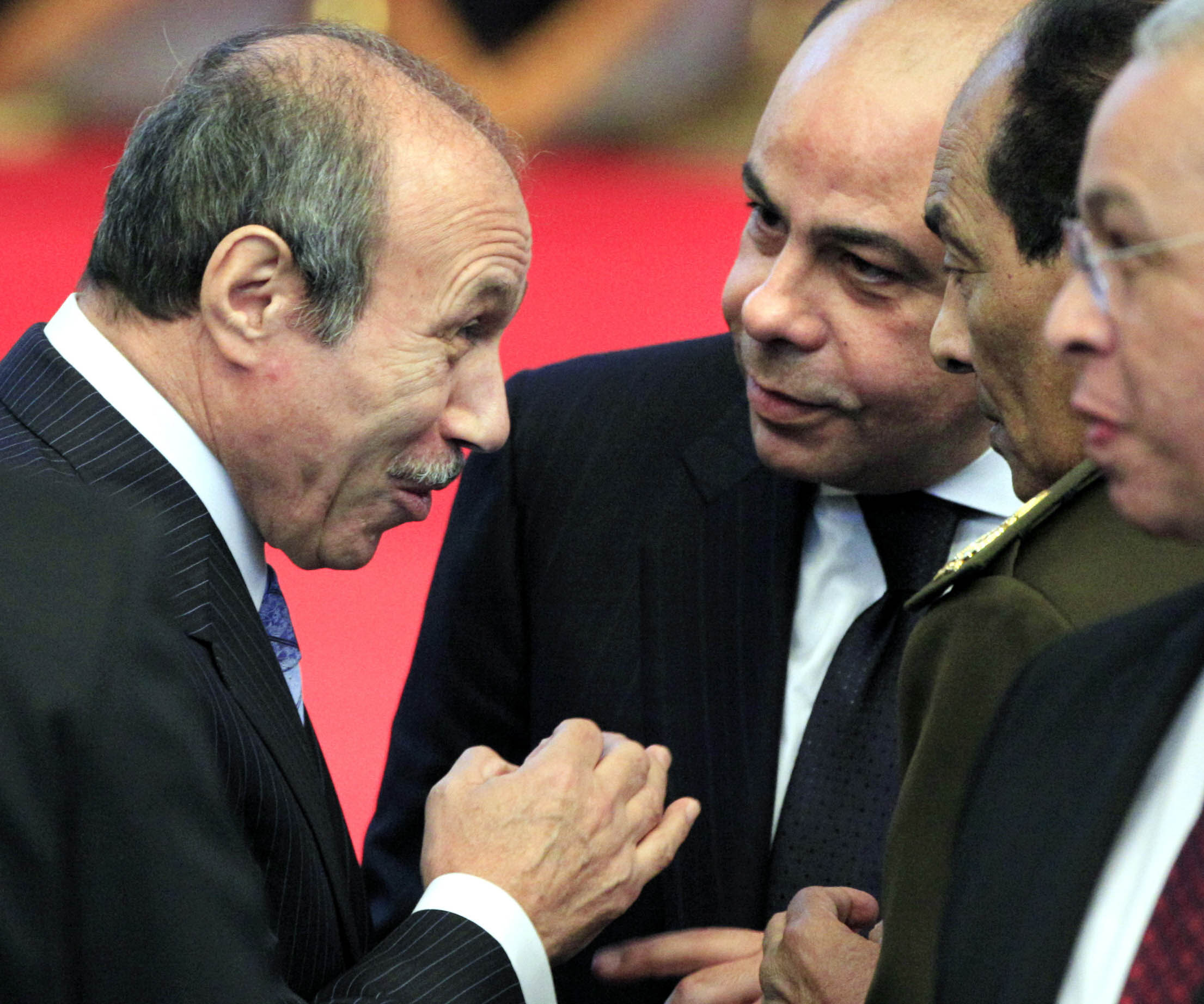 The conviction of former Interior Minister Habib el-Adly was the first against any of the some two dozen Mubarak-era Cabinet ministers and regime-linked businessmen who have been detained since Mubarak's Feb. 11 ouster. They include a former prime minister, speakers of parliament's two chambers and Mubarak's two sons, all suspected of corruption.

El-Adly is separately facing allegations that he had ordered the deadly use of live ammunition against unarmed protesters during the 18-day uprising that toppled Mubarak. About 850 people were killed in the Jan. 25-Feb. 11 uprising, which was led by youth groups.

If convicted on that charge, el-Adly would face the death penalty.

Mubarak himself and one of his sons, one-time heir apparent Gamal, face the same allegations.

El-Adly and former prime minister Ahmed Nazif also face corruption charges related to awarding a contract for the supply of new car number plates for the entire country without going through legal procedures.

El-Adly served as Mubarak's interior minister for 13 years, a time during which his 500,000-strong security forces were blamed for some of the worst human rights violations Egypt had seen in decades. Anger over police brutality, particularly by members of the notorious state security agency, was a main motive for the uprising.

El-Adly is also blamed for the security vacuum created when police vanished from the streets of Cairo and other cities across the country on Jan. 28. The circumstances of their disappearance remain not fully explained to this day, but the effects of the vacuum it created are still felt.

Armed mobs of criminals and relatives have attempted over the last two days to free suspects from holding cells at four police stations, three of them in Cairo, a bustling city of some 18 million people.

All but one of the four attempts succeeded. In one jailbreak, the mob was able to free nearly 90 detainees from the Sahel police station in northern Cairo on Tuesday. Police have so far re-arrested 28 of the escaped suspects.

Also, authorities are continuing to hunt for thousands of inmates who broke out from several Egyptian jails during the uprising and soon after Mubarak's ouster.