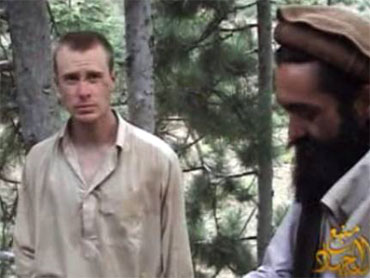 Police and government supporters beat pro-reform activists with batons, sometimes kicking them as they on lay the ground, during a protest Saturday against President Hosni Mubarak's announcement that he would run for re-election for a fifth time.

The vote is the first in which Mubarak, in power for 24 years, will face an opponent, and his government has said it will serve as a launching pad for greater democracy. The United States also praised the elections, though Mubarak opponents are more skeptical.

On Saturday, several hundred men and women were gathering to begin their march toward Cairo's main square when men in plainclothes descended on them, swinging billy clubs and assaulting the demonstrators.

Burly government supporters surrounded activists sprawled on the pavement, kicking them in the head and ribs and tearing at their clothes. Others lifted protesters in the air by the arms and legs, hauling them off to police trucks. One elderly man wandered in a daze, his head bleeding.

"Down with the rule of the dog Mubarak," one young man yelled as he was being clubbed.

The Interior Ministry said the demonstrators had gathered illegally and, after refusing warnings to leave, threw stones at police. Security forces dispersed the gathering, arresting 20 people, who were still being held, the ministry said in a statement. Others were detained and released.

Protesters denied any stones were thrown.

Most major opposition groups are boycotting the Sept. 7 election, calling Mubarak's move to open the vote to multiple candidates a sham. The 77-year-old Mubarak is expected to win easily.

There was similar violence in May during a constitutional referendum, when government supporters attacked and sexually assaulted several women during a reform protest.

That violence brought criticism from the United States, which has been pressing its ally to ensure the September election is fair and democratic.

During a June 20 visit to Egypt to press for reform, Secretary of State Condoleezza Rice condemned the referendum assaults, saying the Egyptian government must "make certain that people can associate and can peacefully petition."

Leaders in Mubarak's ruling National Democratic Party have been promising to reporters as recently as Thursday that such violence would not be repeated.

But the assault Saturday was swift and heavy. The opposition had called for the demonstration to take place in Cairo's Tahrir, or Liberation Square, the most prominent square in the capital, near the NDP's headquarters.

An Associated Press reporter at the scene saw up to 20 people being beaten. Two reporters from Associated Press Television News were also beaten. Activists ran, some weeping. Others staggered away from being assaulted, their pants and shirts torn open.

One activist, Karim al-Shair, was seen being dragged by his hair.

"I was running fast, but I was surrounded by about 15 people who started beating me hard and they tried to take off my clothes," al-Shair, 24, told AP afterward.

Samar Mohammed, 27, said the attackers tore off her headscarf and knocked her and a number of her friends to the ground. Under the pile of people, "I wasn't able to breath and when they saw I was almost fainting, they took me away and told me to leave," said Mohammed.

It was not known whether the attackers in plainclothes were members of the security forces or civilians, although they worked with riot police, who were lined up blocking the square and sometimes joined in the beatings.

"It's very clear that the orders today are slaughter," said another activist, Wail Khalil. As he spoke, a large man in a white T-shirt and a gun came up with several men, surrounded Khalil and took him away.

Among those arrested were Ayman Barakat, the lawyer for Ayman Nour, Mubarak's most prominent opponent in the upcoming election, and George Ishaq, a 66-year-old leader of the Kifaya movement, one of the most vocal anti-Mubarak organizations. Both were later released, as were several other Kifaya leaders.

"What happened today erases all the reform promises Mubarak made" in his speech Thursday, Ishaq told AP at the Journalists Syndicate, where many of the protesters fled. "This despotic regime is so intolerant, it has gone over the edge, but we're going on with our movement."