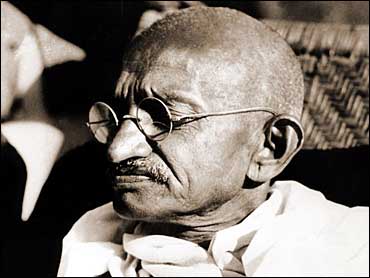 MTV has apologized for airing a show in the United States that lampoons Mohandas K. Gandhi.

"Clone High USA" hasn't been shown in India, but a newspaper report about it has upset many Indians who revere Gandhi as a hero and an advocate of nonviolence.

The animated show includes a character called G-Man, a Gandhi clone who wears dangly earrings, eats junk food and is the ultimate party animal. It also parodies other historical figures including Abraham Lincoln, Buddha and Cleopatra.

"MTV US apologizes if we have offended the people of India and the memory of Mahatma Gandhi," the music channel said last week. MTV said it has "utmost respect" for Gandhi and that the spoof would not be shown outside the United States. [MTV and CBS are both owned by Viacom.]

"MTV US wants to make it clear that 'Clone High' was created and intended for an American audience," the statement said. "We recognize and respect that various cultures may view this programming differently, and we regret any offense taken by the content in the show."