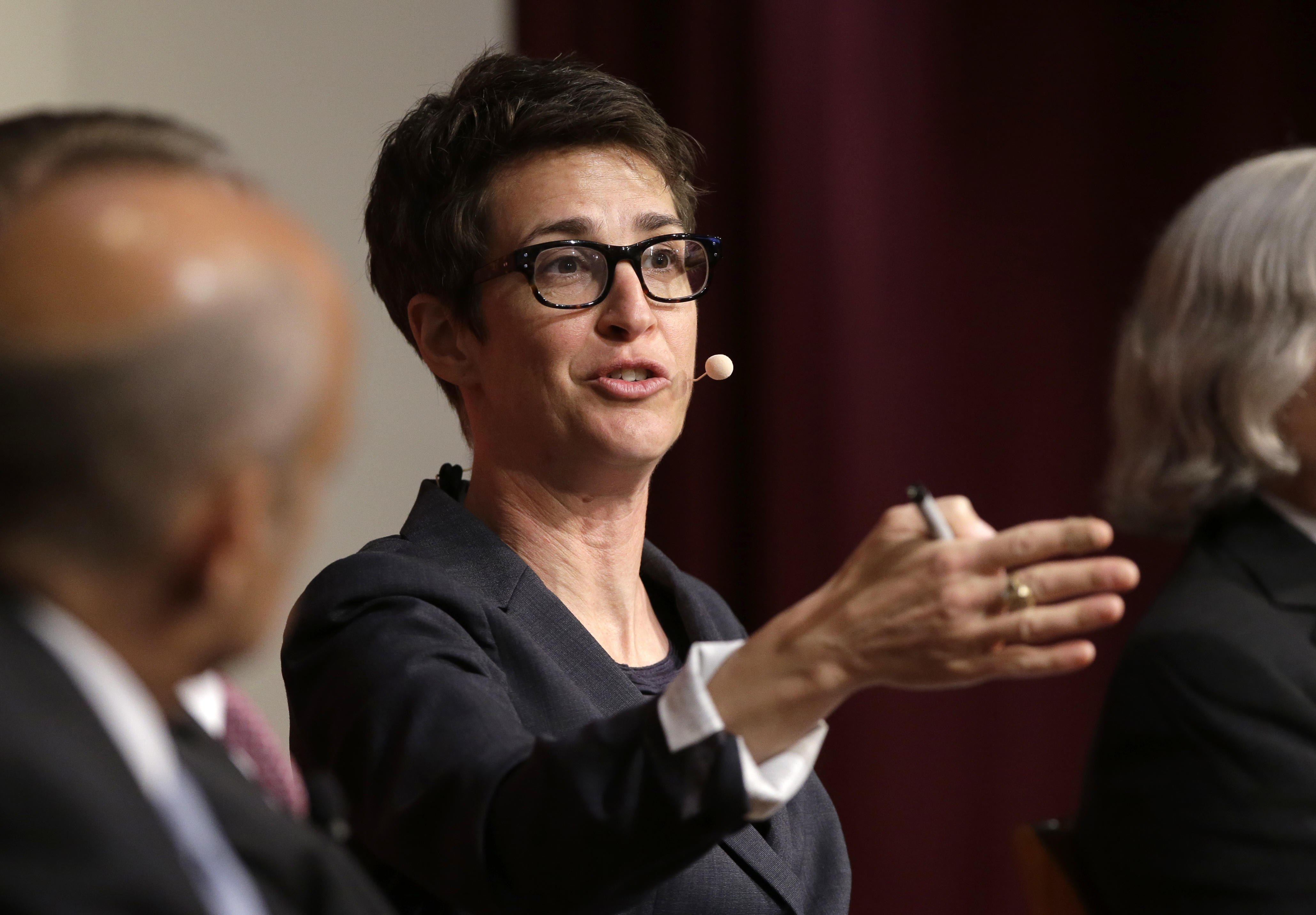 NEW YORK -- MSNBC political commentator Rachel Maddow broke down while trying to read an exclusive Associated Press story about babies and toddlers taken from their parents at the Southern border and sent to "tender age" shelters.

The host of "The Rachel Maddow Show" was live on the air Tuesday evening when she tried to read the AP's exclusive story. After attempting to get through the first couple of sentences she said, "I'm sorry. I think I'm going to have to hand this off," ending her segment, which happened to be the last of the show.

Maddow issued an apology on Twitter with a link to the story saying, "Again, I apologize for losing it there for a moment. Not the way I intended that to go, not by a mile."

The AP story says, "Trump administration officials have been sending babies and other young children forcibly separated from their parents at the U.S.-Mexico border to at least three "tender age" shelters in South Texas, The Associated Press has learned.

"Lawyers and medical providers who have visited the Rio Grande Valley shelters described play rooms of crying preschool-age children in crisis. The government also plans to open a fourth shelter to house hundreds of young migrant children in Houston, where city leaders denounced the move Tuesday.

"Since the White House announced its zero tolerance policy in early May, more than 2,300 children have been taken from their parents at the U.S.-Mexico border, resulting in a new influx of young children requiring government care. The government has faced withering critiques over images of some of the children in cages inside U.S. Border Patrol processing stations."