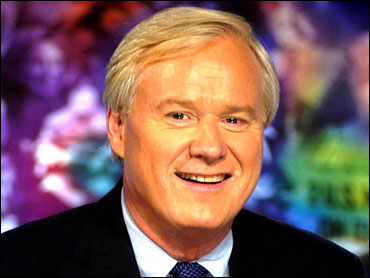 A Pennsylvania Democratic party leader says MSNBC pundit Chris Matthews may be considering a run for U.S. Senate in 2010.

The Patriot-News of Harrisburg reports Matthews met with state party leaders this past week in Washington to discuss a possible bid to unseat Republican Sen. Arlen Specter.

Party official Mary Isenhour says she left the meeting feeling that Matthews still hadn't made up his mind.

The 62-year-old Matthews hosts MSNBC's "Hardball" and provides political commentary on NBC's "Today." He ran unsuccessfully for a Pennsylvania congressional seat in 1974.

There was no immediate comment from Matthews on Saturday. A reliable home telephone number could not be located and a representative of MSNBC did not immediately return a call.