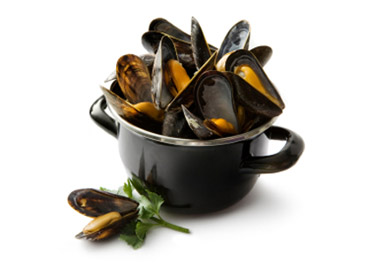 Biogen Idec Inc. and Elan Corp. announced Monday they have voluntarily withdrawn a recently approved drug used to treat multiple sclerosis after one patient died and another developed a serious disease of the central nervous system after taking it in combination with another drug.

The biotechnology companies said in a news release that they have suspended supplying and marketing the drug Tysabri and advised doctors to suspend prescribing the medication. The companies also have stopped using the drug in clinical trials.

The companies said the decision to withdraw the drug came after recent reports of two cases of serious effects among patients who used it along with an earlier Biogen Idec MS drug, called Avonex, in clinical trials. In one case, the person died, while in another, the person developed a suspected case of progressive multifocal leukoencephalopathy, a rare and frequently fatal disease of the central nervous system.

Both patients had taken Tysabri for more than two years in combination with Avonex, the companies said.

"Our ongoing commitment to MS patients has led us to take these steps," said Dr. Burt Adelman, executive vice president of Development at Cambridge-based Biogen Idec. "Because we believe in the promising therapeutic benefit of Tysabri, we are working to evaluate this situation thoroughly and expeditiously. While we work through this matter, we must place patient safety above all other considerations."

The Food and Drug Administration approved Tysabri, which was called Antegren during clinical trials, in an accelerated process after a late-stage study showed that it reduced MS relapses by 66 percent compared with a placebo.

About 5,000 patients have received intravenous infusions of Tysabri since the drug's approval in November, Biogen executives said during a conference call with industry analysts and reporters.

Elan chief executive Kelly Martin told reporters in Ireland, where the company is based, that the drug has been withdrawn as a precaution and that the companies hoped to resume marketing of Tysabri later this year.

The companies said they withdrew the medication after consulting with the U.S. Food and Drug Administration. Phone messages seeking comment were left at the FDA's press office.

"We are working with leading experts and regulatory agencies to responsibly investigate these events and to develop the appropriate path forward," said Dr. Lars Ekman, executive vice president and president of research and development at Elan. "Our primary concern is for the safety of patients."

Stocks of both companies plunged to their lowest prices since late 2003.

Tysabri was expected to be a big seller for the companies, and sales of Elan shares surged in October amid published reports in Ireland that Biogen could mount a friendly takeover bid for the Irish company. Elan, once Ireland's highest-flying company and a darling of international investors, subsequently issued a statement saying it was not in talks with Biogen about a merger or business combination.

Tysabri — which also is known by the generic name natalizumab — has been designed principally to slow the progression of disabilities related to multiple sclerosis, but Elan and Biogen had previously said they believed it could also help sufferers of the gastrointestinal ailment Crohn's disease and rheumatoid arthritis.

In December, the companies announced they were starting a head-to-head study comparing Tysabri with another MS drug called Rebif. That study was to enroll 1,000 patients.

On Feb. 17, the companies announced favorable Tysabri trial results indicating success in slowing MS in patients who had relapsed, with a 42 percent reduction in the risk of the disability progressing compared with patients who took a placebo.