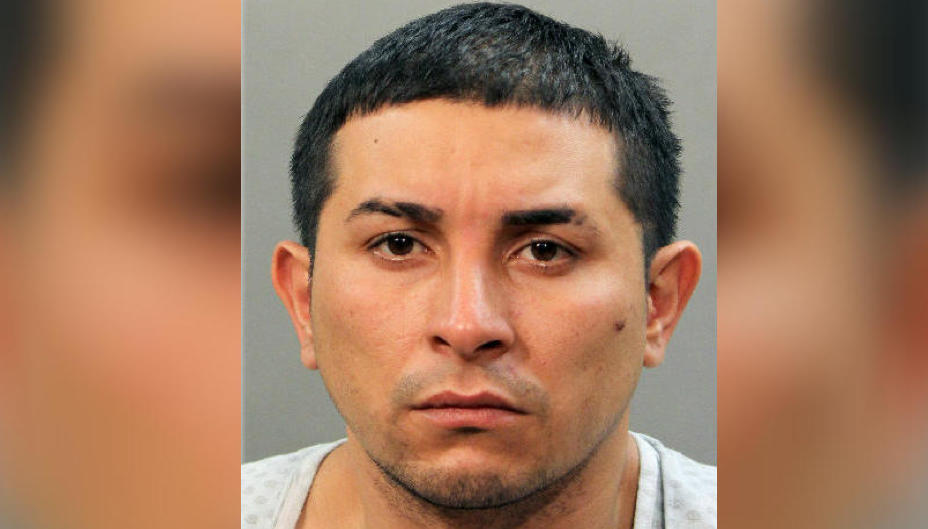 Tommy Vladim Alvarado-Ventura, 31, of Hempstead, New York, pleaded not guilty and was ordered held without bail Thursday. His court-appointed attorney declined to comment.

Alvarado-Ventura is suspected of assaulting the child Tuesday night while the girl’s mother was at work, acting Nassau County Police Commissioner Thomas Krumpter said at a news conference.

Krumpter said that in his 28 years in law enforcement, the alleged crime is “probably the most heinous criminal act I’ve ever seen. It really is nauseating.”

Authorities said that after the assault, Alvarado-Ventura went to a nearby bar, where he argued with a woman over a marijuana deal and then stabbed her in the parking lot. The woman, who was not identified, suffered a collapsed lung, police said.

He then returned to the apartment where the alleged sexual assault took place, police said. When the child’s mother returned home from work at about 4:15 a.m. Wednesday, she discovered injuries to her child and argued with Alvarado-Ventura. During that argument, he stabbed the woman, Krumpter said.

The mother was able to flee to another part of the apartment and called police. Alvarado-Ventura was sleeping when officers arrived and arrested him, police said.

Police say Alvarado-Ventura was deported to El Salvador four times between 2006 and 2011. According to Krumpter, he had a history of prior arrests for offenses including drunken driving, disorderly conduct, assault, false impersonation and contempt of court. Details on those arrests were not immediately released; police said their investigation is ongoing.

It was not known when he returned to the United States. He was charged with attempted murder, assault and weapons possession, and he faces life in prison.