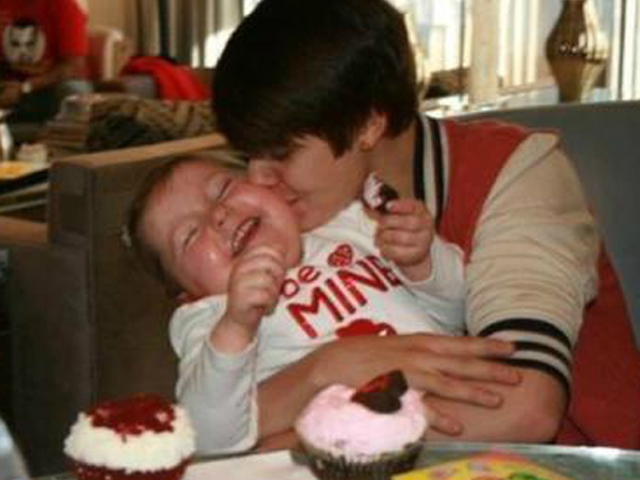 (CBS/AP) The 6-year-old Massachusetts girl whose love for Justin Bieber encouraged hospital workers to organize a pretend wedding to the pop singer as she battled a rare brain cancer has died.

The family of Avalanna Routh - who called herself "Mrs. Bieber" - announced on their Twitter account that she died Wednesday:

Her pretend wedding to Bieber led to a social media campaign to help her meet the singer.

Bieber later arranged for the child to meet him in New York, tweeting about the experience: "that was one of the best things i have ever done. she was AWESOME! Feeling really inspired now! #MrsBieber"

The Canadian singer took to Twitter on Wednesday after finding out about her death:

Routh suffered from an atypical teratoid rhabdoid tumor. Only 30 new cases are diagnosed in the U.S. each year.

The Dana-Farber Cancer Institute mourned Routh's passing, saying she raised awareness about the disease and the need for greater research.