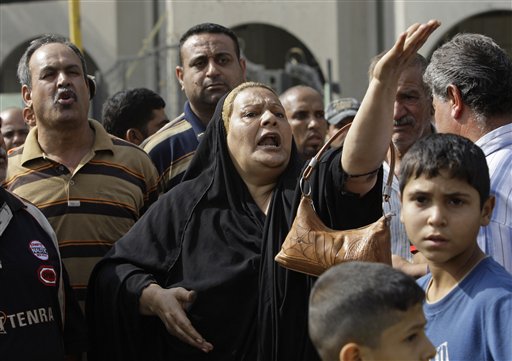 He came through the door singing for more than 30 years. Fred McFeely Rogers was an unlikely children's TV star. His show had no cartoons -- and he wasn't particularly animated himself.

"We've heard that this slow paced voice of mine can put people to sleep," he once said.

But for more than a thousand episodes he kept kids attention with simple, soothing lessons about life's ups and downs, reports CBS News Correspondent Richard Schlesinger.

Rogers was in many ways a pioneer who saw the early days of television and thought it could be more than silliness and sleaziness.

"I saw people throwing pies in each other's faces and I thought why do we have to show demeaning behavior?" he said.

Rogers earned a bachelor's degree in music composition at Rollins College in Florida and quickly gravitated towards the medium that would make him famous: television, and before his career was over, he'd written hundreds of songs and won every award imaginable, including the Presidential Medal of Freedom.

By 1951, he was already producing children's television, and studying in his spare time, he became an ordained Presbyterian minister in 1963, with a mission of continuing his work on television, eventually starring on and producing his own show: "Mister Rogers' Neighborhood."

To the millions who came to know him well - and their parents, grateful to have a kind and encouraging voice for their children on public television - he was simply Mister Rogers.

Fred Rogers died early Thursday at his home in Pittsburgh, at the age of 74, after a short battle with stomach cancer.

Rogers, charming viewers young and not-so-young as easily as he slipped into his trademark cardigans and sneakers, was at the helm as host and producer of "Mister Rogers" from 1968 to 2000.

The final new episode of the series - the longest running program on public television - was taped at Pittsburgh's WQED-TV in December 2000. But the show has lived on from generation to generation in reruns.

And Rogers himself never faded from view, from appearances at the White House, to accepting honorary degrees - more than 40 of them, to more whimsical gigs such as last month's turn as Grand Marshal of the Tournament of Roses Parade.

Rogers was also chairman of Family Communications Inc., a non-profit corporation he established 31 years ago to produce "Mister Rogers" which eventually diversified into other educational products.

Rogers also wrote numerous books, including the "First Experience" and "Let's Talk About It" series for children, and many others for adults, including "Dear Mister Rogers: Does It Ever Rain In Your Neighborhood?"

Of the many songs he wrote, the most unforgettable - and possibly the one for which he might most like to be remembered - might be "Won't You Be My Neighbor?"

If you sang along, you weren't alone.

In his day, Reality TV was not yet the craze. TV was a little more innocent. And Fred Rogers had time to explain reality rather than exploit it.

Rogers is survived by his wife, Joanne, a concert pianist who was his college sweetheart, their two sons, and two grandsons.