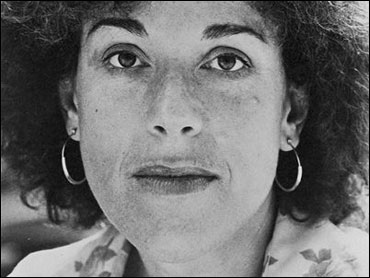 Author Judith Rossner, whose hugely successful novel "Looking for Mr. Goodbar" was made into a movie starring Diane Keaton, has died, her family said Wednesday. She was 70.

"Mr. Goodbar," which came out in 1975, was based loosely on the 1973 murder of a Roman Catholic schoolteacher in New York City who frequented singles bars.

"The sureness of Judith Rossner's writing and her almost flawless sense of timing create a complex and chilling portrait of a woman's descent into hell that gives this book considerable literary merit," The New York Times wrote.
The film came out in 1977. Keaton was nominated for a Golden Globe for best actress, while Tuesday Weld was nominated for an Oscar as best supporting actress.

Rossner's 10 novels also included the No. 1 bestseller "August," published in 1983, about the story of the psychoanalysis of a young woman and her psychiatrist.

"Emmeline" which was made into an opera performed in Santa Fe, N.M., and shown on PBS.

Rossner was a very perceptive observer of people and their behavior, said her sister, Nancy Pike.

"She knew people better than they knew themselves," she said in a telephone interview.

In addition to her sister, survivors include her husband, Stanley Leff; her children, Daniel and Jean Rossner; and three grandchildren.