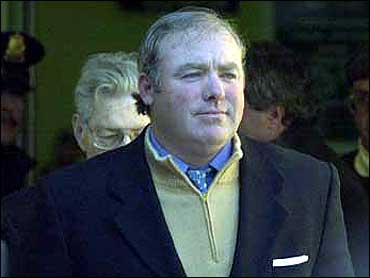 
Michael Skakel and Bobby Frank Cherry have about as much in common as Donald Rumseld and Osama bin Laden.

Many would call Skakel a blue-blood Yankee. Some folks call Cherry a down-home cracker. Neither is likely to have heard much about the other. And they are a generation apart, too. Skakel was still in diapers in 1963 when Cherry and three racist cohorts killed four young black girls with a bomb at the Sixteenth Street Baptist Church in Birmingham. And Cherry was in his mid-40s in 1975 when, Connecticut prosecutors say, Skakel bludgeoned fellow teenager Martha Moxley to death with a golf club in the prestigious Belle Haven section of prestigious Greenwich.

And yet despite their obvious and numerous differences, both Skakel and Cherry have found themselves this spring on trial for murder, each charged with heinous crimes, both facing prosecutions which have ebbed and flowed over decades like the tides in their native states. Cherry, the former Klansman, was convicted and sentenced to life in prison Wednesday for his role in the infamous Civil-Rights-era attack. Skakel, on the other hand, is still on trial, with his lawyers now getting to the core of their defense case. So the question of the week is whether the Cherry conviction presages a similiar result in the Skakel trial?

Don't laugh. I know that a conviction in Alabama for a 1963 crime shouldn't have any meaningful connection to a case in Connecticut for a 1975 crime. But the prosecution cases against Cherry and Skakel were strikingly similar. And the defendants themselves present similiar profiles for jurors -- uncomfortable, odd men with past histories of anger management problems. Will the similarities in the two cases overwhelm the obvious differences of fact and law? Is the Cherry conviction -- by a jury of nine whites and three blacks -- a sign that juries these post-9/11 days are interested less in air-tight proof and more in resolution and responsibility?

Connecticut prosecutors did not present any physical evidence linking Skakel to Moxley's murder. There probably wasn't any such evidence that could have passed legal muster anway since the Bele Haven crime scene on October 31, 1975 was so contaminated by onlookers. Instead, state attorneys have built their case by emphasizing that Skakel had both the motive (he was jealous because his brother and Moxley had been fooling around) and the opportunity (he was at the scene that night) to kill Moxley and that in the years since the crime confessed to a number of people in ways both implicit and explicit.

Alabama prosecutors, too, didn't present any physical evidence linking Cherry to the church bombing. Again, since the crime was nearly 40 years old, such evidence probably would not have stood up in court anyway. So, instead, prosecutors built their case by emphasizing that Cherry had both the motive (he was a racist and wanted to stem the tide of integration and the civil rights movement) and the opportunity (he had learned about bombs in the military) and that in the years since the crime had boasted about the act.

In fact, the state's entire case against Cherry rested essentially upon the testimony of five family members and acquaintances who came to the witness stand and told jurors that Cherry in one form or another had confessed to the crime over the years. Even Cherry's granddaughter, a witness you would think would want to help and support her kin, told the jury that her grandfather "seemed rather joivial, braggish" when he told her about his role in the bombing. There is little doubt that testimony like that did in Cherry.

Will similar testimony do in Skakel? It's hard to say. Like their Alabama counterparts, Connecticut prosecutors are hoping that they've stitched together guilt beyond a reasonable doubt against Skakel by trotting up to the witness stand witnesses who have told jurors that Skakel in one form or another over the years told them that he killed Moxley. If you believe those government witnesses, Skakel himself has produced the smoking gun, which should convict him by placing himself at the scene of the crime and by telling people things that no innocent person ever would be caught saying.
On the other hand, Skakel's defense probably has more to work with than Cherry's lawyers had. The main witnesses for the prosecution in Connecticut don't seem nearly as certain or nearly as persuasive as did the witnesses against Cherry. And there were no other suspects in the Cherry case at which his attorneys could have pointed a finger. In the Skakel case, they are everywhere, from Skakel's own brother, Thomas, to the hapless Kenneth Littleton, whose life was apparently ruined because he had the bad fortune of starting work at the Skakel home on the day of the murder. Never underestimate the power of a stalking-horse suspect when reasonable doubt is the standard a jury has to play with.

The Skakel case will be over in a few weeks and then we'll know whether these two completely different personas from completely disparate backgrounds will end their days the same way, in prison and in shame for long-ago deeds. In the meantime, don't be surprised if you learn that Skakel's lawyers are suddenly a lot more interested in exactly what went on down in Birmingham these past few weeks in the case of State of Alabama (Jefferson County) v. Bobby Frank Cherry.