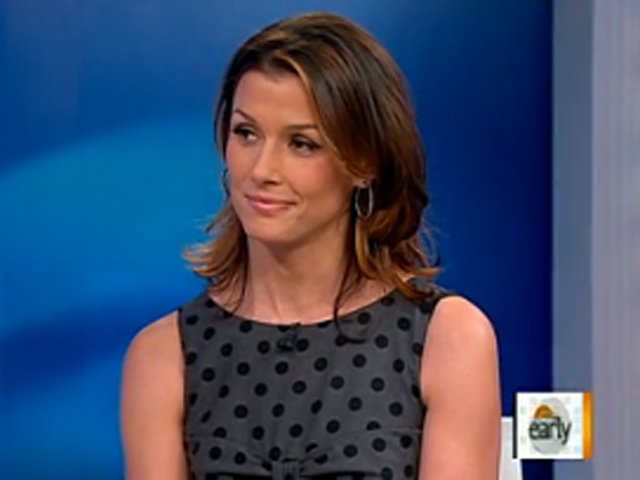 Bridget Moynahan has established herself as one of Hollywood's favorite leading ladies. She's appeared in major blockbusters, from "The Recruit" to "I, Robot."

Now she appears on CBS' "Blue Bloods" on Friday nights. The hit show is in its second season. She stars as Erin Regan, a New York assistant district attorney who serves as the legal compass for her siblings and father.

Moynahan said the character she plays is great because, like many characters on the show, hers -- a working mom -- has layers.

"This year, they're really being able to tap into (those layers), kind of balance the procedural with the family and the individual dimensions a lot better," Moynahan said.

But what is it like to work with her famous co-star Tom Selleck?

Moynahan says she's often asked that question -- and "what about his mustache?"

"It is," co-anchor Erica Hill added. "It could never go anywhere."

For more with Moynahan and her charity work with the Paul Newman-founded Hole in the Wall Gang Camp organization, check out the video above.