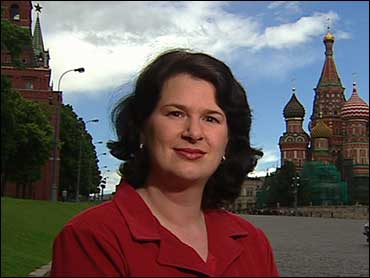 Moyer pitched a three-hitter and Alex Rodriguez and Glenallen Hill homered as the Mariners beat the Oakland Athletics 5-0 Friday night.

"A complete-game shutout," Piniella said. "Didn't get anybody up in the bullpen. Didn't need to. The bullpen never stirred. We got him two runs early and he made them hold up."

Oakland never got the chance to go against a Mariners bullpen that has gone 6-15 with a 5.86 ERA and just 10 saves in 22 opportunities.

"Once he gets a lead, he just kept it going," Rodriguez said of Moyer. "He was quick. Getting those three, four, five, shutout innings in a row is a big deal for this team."

Moyer (4-6), who had allowed seven runs in each of his last two starts, struck out five and walked none in pitching his fifth career shutout and second this season. On May 2, he blanked Detroit, also on a three-hitter.

"Jamie is always tough when he can throw strikes," said Oakland's Mike Blowers, a former Mariner who was 0-for-3 against his ex-teammate. "He was throwing his changeup, getting ahead of hitters. Just typical Jamie. He's a good pitcher. He did win 17 games last year."

Moyer did not allow a runner past second and the only hits were doubles by Miguel Tejada and Ben Grieve and a single by Matt Stairs.

"I have a lot of respect for that ballclub because I haven't had a lot of success against them," said Moyer, who is 6-5 lifetime against Oakland. "It wasn't like it was a blowout or anything like that. One or two swings of the bat could have brought them back into the game. That kept me focused."

The Mariners beat an AL West team for the first time in seven tries this season. It was only Seattle's third win in the last 12 games.

Candiotti, who walked one and struck out five, has an ERA of 10.67 during the losing streak but he has received little support much of the season.

Oakland has scored only nine runs while he was pitching in his eight losses. The A's also were charged with four errors, though none led to any unearned runs.

"Most of the month of May, I've been struggling, but tonight the knuckleball felt really good," Candiotti said. "I was throwing a lot of them for strikes.

"I thought I was throwing pretty decent, but what are you going to do? The other guy threw a great game out there. We didn't play the best we could play. They got too big a cushion and it was over."

Seattle got to Candiotti for two runs in the first inning. He walked Ken Griffey Jr. and David Segui followed with a run-scoring double ad Edgar Martinez hit an RBI single.

Hill hit his 11th homer to lead off the fourth, putting Seattle up 3-0. It was Hill's fifth career homer in 32 at bats against the knuckleballing Candiotti, against whom Hill has a lifetime .406 average.

Rodriguez also connected off Candiotti leading off the seventh for his 23rd of the season as Seattle increased its major league-leading homer total to 107.

Notes: Seattle's Rob Ducey left the game after the fourth inning with a left hip flexor strain. His status is day to day. ... Seattle has homered in 50 of its 67 games, including 30 in which it had multiple homers. ... After A's pitchers went consecutive games without issuing a walk, Candiotti gave up a first-inning walk to Griffey to end the string. ... In the last seven games, A's hitters are 4-for-67 (.060) in the first three innings of the game and have been retired in order 16 times in 21 innings over that span. ... Candiotti has allowed 11 home runs in his last eight starts after allowing just two in his first seven. ... The Mariners are only 14-31 in Oakland since 1991.