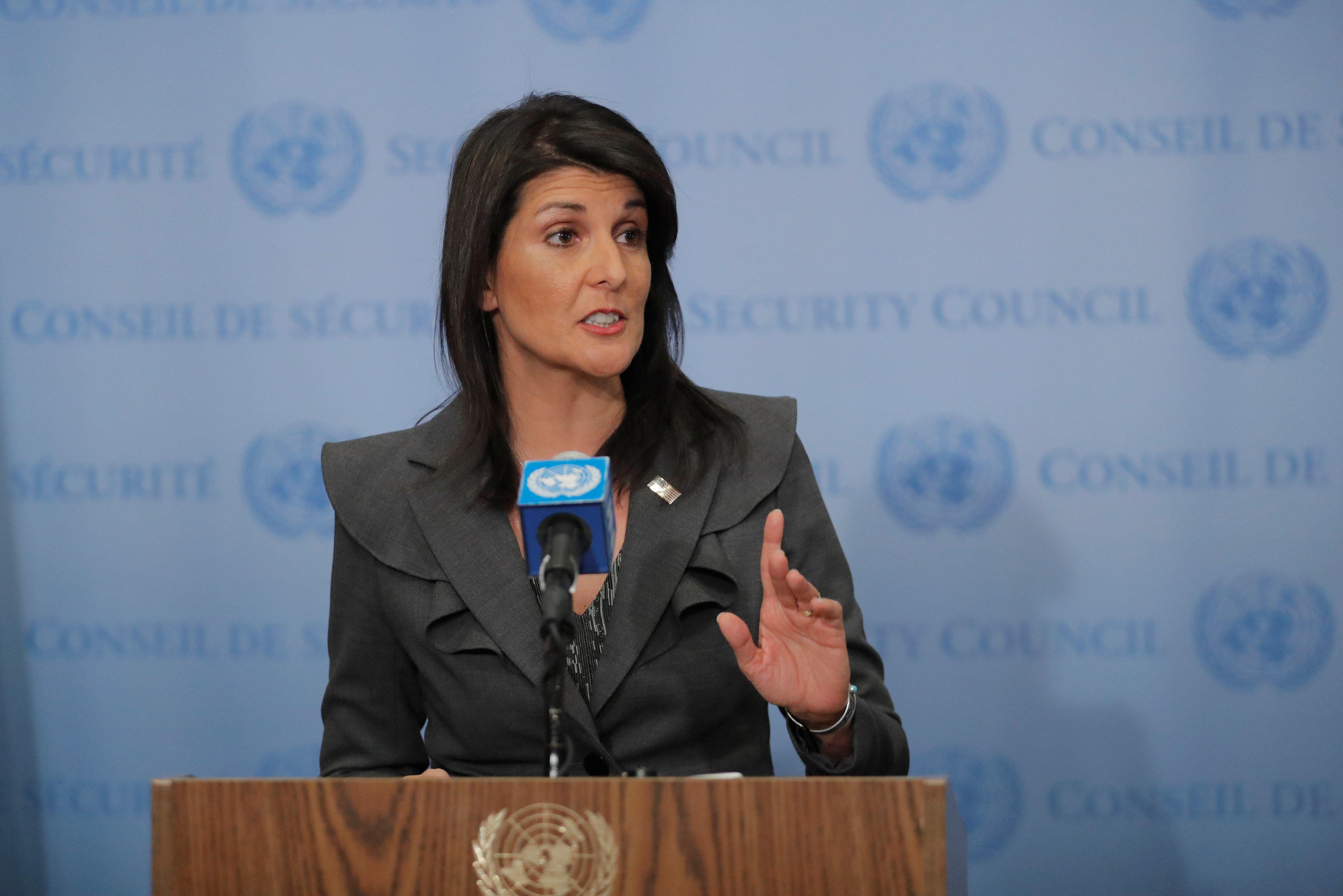 NEW YORK -- U.S. Ambassador to the United Nations Nikki Haley said Tuesday she fought for "the will of the people of the United States" when she stood as the lone member of the Security Council to veto a draft resolution that called for the reversal of President Trump's recognition of Jerusalem as Israel's capital.

Mr. Trump announced the decision on the capital in early December and said he directed the State Department to begin the process of moving the U.S. embassy to the city from Tel Aviv. Days later, the U.S. vetoed a draft resolution that called for the decision's reversal in a 14-1 vote, dooming the resolution. Then, in late December, the U.N. General Assembly voted on a similar resolution that condemned Mr. Trump's policy. The General Assembly voted 128-9 with 35 abstentions to declare Mr. Trump's declaration "null and void."

When asked about the U.S. stance Tuesday on Jerusalem, Haley said the people of the United States "wanted to see the embassy moved to Jerusalem, and we followed through with that."

THE FACTS: A Monmouth University Poll conducted after Mr. Trump's announcement found that the move is not very popular among the American public. Twenty-three percent of respondents said moving the embassy is a good idea, while 39 percent said it is a bad one. Thirty-eight percent registered no opinion, according to the poll, which was conducted from Dec. 10 to 12, 2017, among 806 adults in the U.S. It had a +/- 3.5 percent margin of error.

"Having thought about it, do you support or oppose the United States immediately moving its embassy from Tel Aviv to Jerusalem?" a University of Maryland Critical Issues poll in November asked respondents.

Sixty-three percent said they oppose the move, including 44 percent of Republicans.