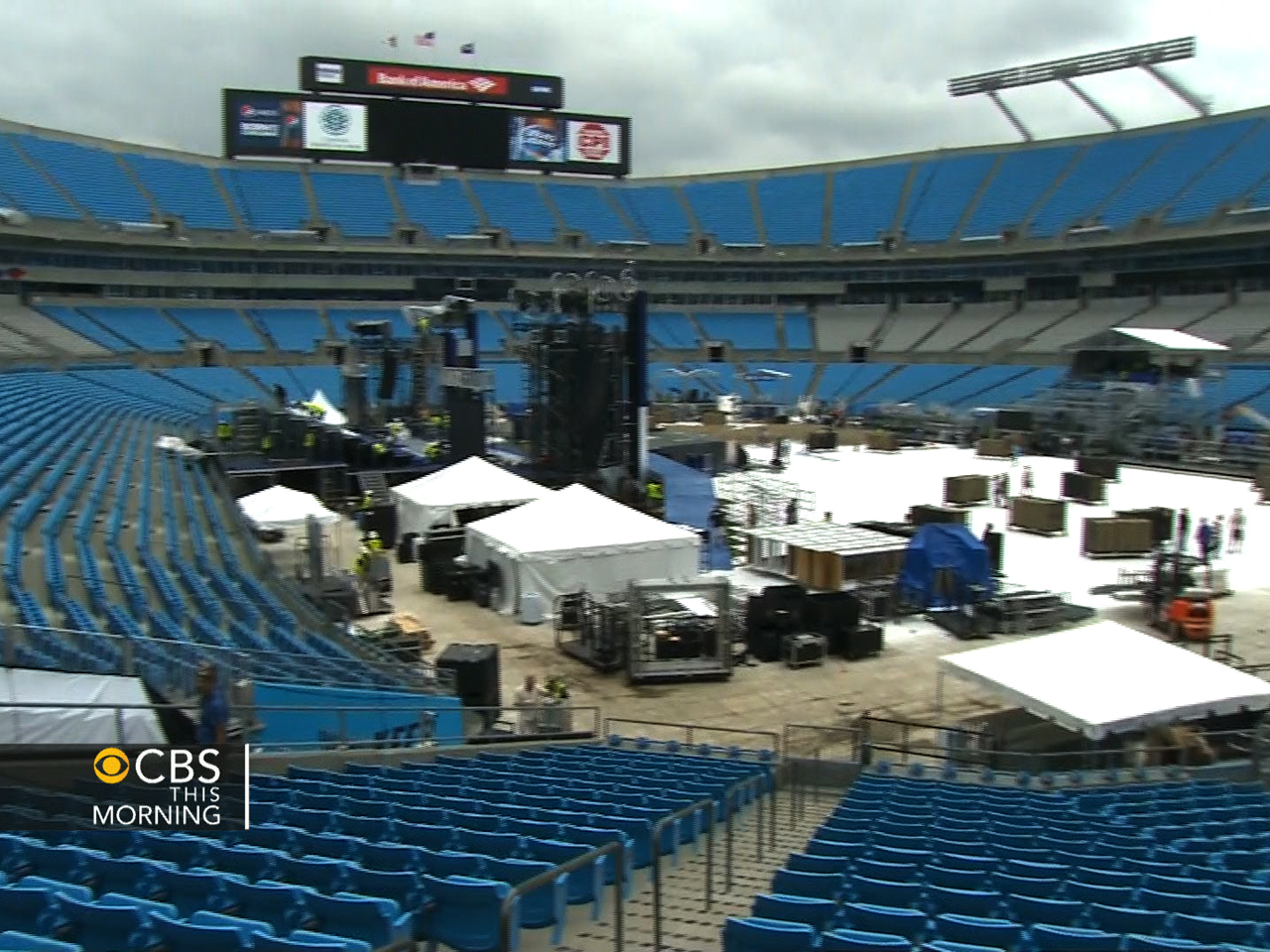 (CBS News) Convention planners were hoping to pack the Bank of America Stadium for President Barack Obama's speech less than a mile from the main convention site, the Time Warner Cable Arena.

However, Mother Nature had other plans.

The forecast calls for severe thunderstorms. So out of safety concerns, organizers decide to move President Obama's speech from outside to inside. But now the speech will be held indoors at the Time Warner Cable Arena.

That's really disappointing news for the thousands of volunteers who earned tickets to hear the president speak.

Volunteer Christine Gadsen told CBS News, "I waited in line for three-and-a-half hours. I am disappointed. It was in 90-degree temperatures, but I want President Obama to win another term. So I would do it all over again."

According to the Democratic National Convention, some 65,000 people would have filled the Bank of America Stadium and another 19,000 on the waiting list.

So now that President Obama will speak indoors, the big fireworks show is being canceled and the big balloon drop we're used to at conventions won't happen this year because organizers say there wasn't enough time to move everything from the outdoor arena to inside.

So will there be a crowd problem at the convention center Thursday night for President Obama's address?

The same security detail that was scheduled to be at the stadium will be at the arena to turn away those people who may not have gotten the word and show up. They don't expect a big security issue at the arena.

There was a slight problem at the convention center Wednesday night for former President Bill Clinton's speech. Delegates and a few members of Congress were standing outside in the security lines to go in the building when the fire marshal announced the building had reached capacity. Tempers flared a bit and eventually most of the people were allowed inside to hear Clinton's speak.

For more, watch Byron Pitts' report in the video in the player above.