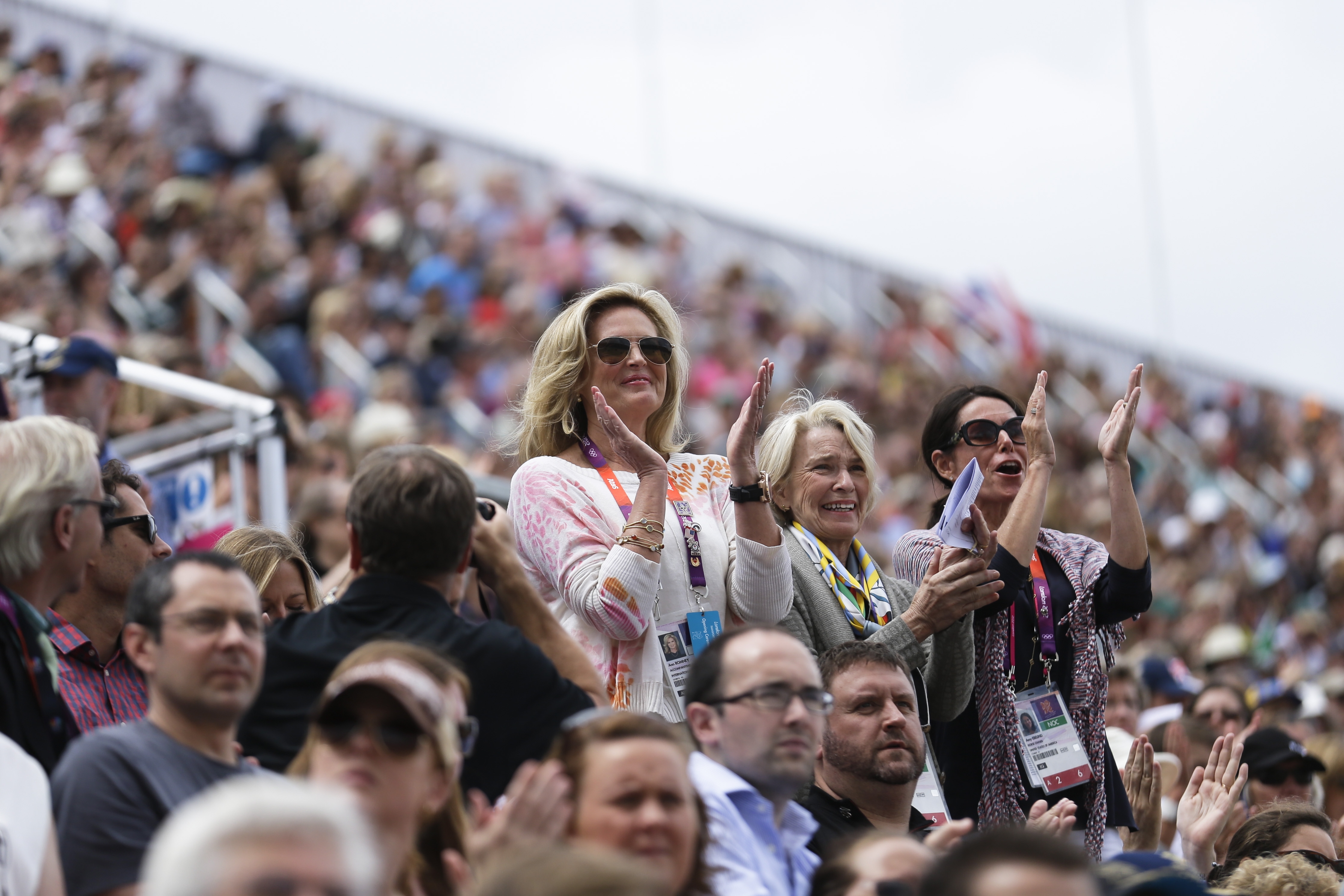 (CBS News) Despite some Democrats' hesitations to criticize Mitt Romney for his wife's participation in the sport of dressage, the liberal group MoveOn.org is hammering the candidate over his association with the activity, suggesting in a new ad that the Republican presidential candidate cares more about his wife's horse "Rafalca" than the American people.

On Thursday, just as Ann Romney's co-owned horse Rafalca made its Olympic debut in debut in dressage, an equestrian event in which "horse and rider are expected to perform from memory a series of predetermined movements," MoveOn.org announced a three-state, five-figure ad buy for a spot called "Rafalca Romney," which targets the presumptive Republican presidential nominee for threatening to repeal President Obama's health care law while simultaneously paying $77,000 a year to care for a "pampered" horse.

The ad features a talking horse, purported to be Rafalca, suggesting that Romney would treat the American people worse than he treats his horse, and plays up the notion that dressage, a little-known sport in America, is elitist and ridiculous.

"After Mitt Romney repeals health care and ships your job overseas, I dare say your life will not be nearly as pampered as mine," says the horse, in a high-pitched voice. "After all, you're not one of his horses."

"In our ad, voters hear the truth about Mitt Romney straight from the horse's mouth: Romney seems to think many Americans deserve to be treated worse than a horse," said Justin Ruben, executive director of MoveOn.org Political Action, in a statement. "There's nothing wrong with taking good care of a horse, but there's something messed up about a millionaire who spends twice what most Americans make in a year caring for a horse, but wants to take away people's health care and offshore their jobs."

Both Rafalca and ads targeting her have been a source of controversy in recent weeks, as Ann Romney traveled to London to watch the horse compete in the games. Satirists and some Democrats have ridiculed Rafalca, while others have declared the topic off-limits on the campaign trail.

The Democratic National Committee (DNC) apologized earlier this month after releasing a video that featured the horse.

Meanwhile, during his visit to London last week, Romney raised some eyebrows when he said he did not plan to watch Rafalca compete in the event.

Political spectators on both sides of the aisle have been paying attention to Rafalca's Olympic participation for another reason, as well: Romney is not expected to announce his running mate until Ann Romney returns home from London, which could ostensibly give Rafalca some hand in determining the timing of is announcement.

After her Thursday performance, Rafalca earned a score of 70.213, putting the horse, along with her rider, Jan Ebeling, in provisional fourth place with a number of horses yet to compete, according to the Associated Press. Ann Romney watched attentively from the audience.

According to the AP,  the seven highest-scoring teams from Thursday's dressage event move on to a second competition on August 7. From there, the top 18 individual riders will compete on August 9 in a contest to determine individual medal scores.

Neither the DNC nor the Romney campaign commented to CBS News on the propriety of the ad.