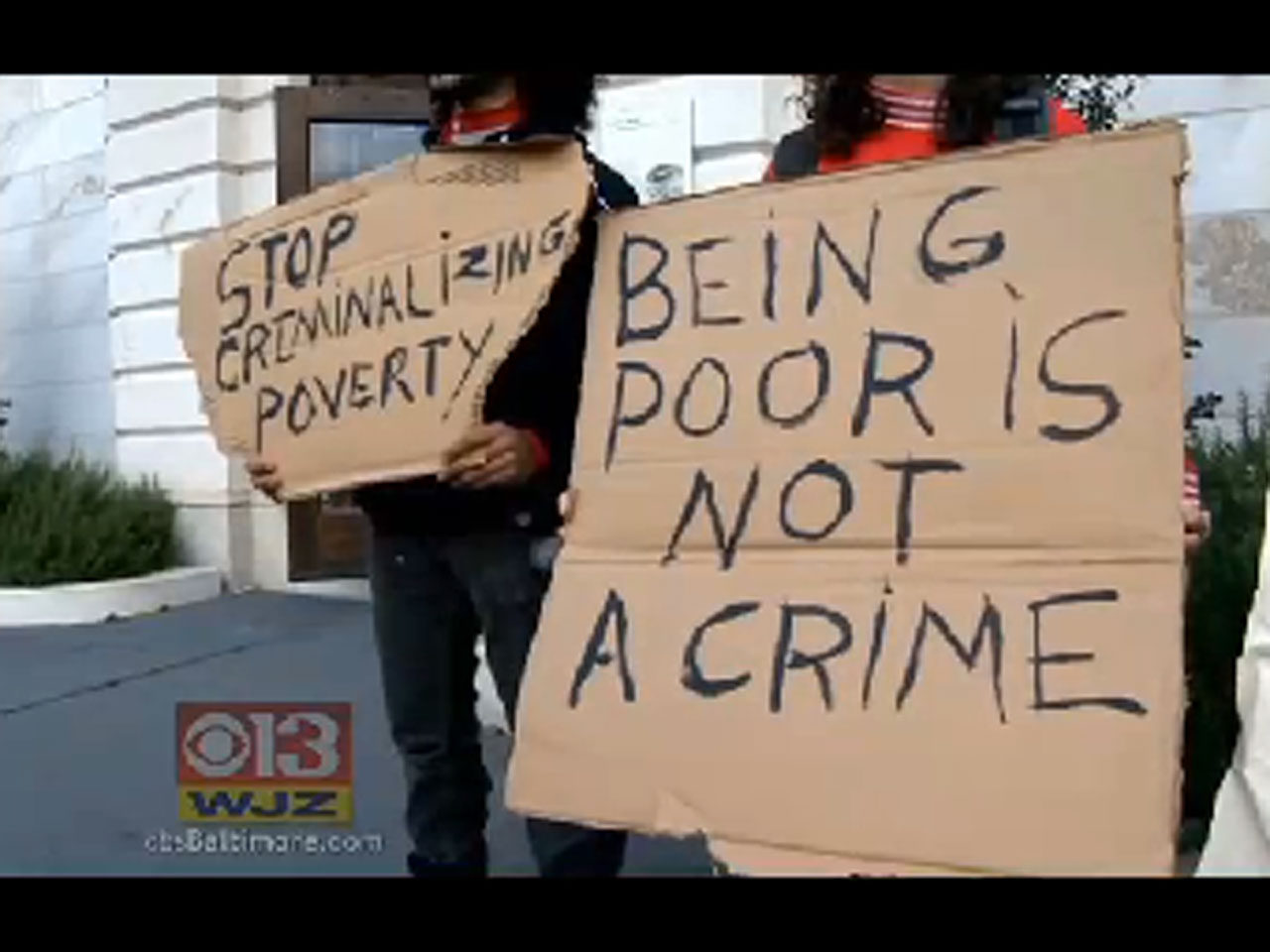 (CBS) BALTIMORE -  The Baltimore City Council is weighing a ban on panhandling in certain areas of the city, reports CBS Baltimore.

The plans are far from set in stone, but the discussion of the issue is prompting a backlash.

CBS Baltimore reports that during Monday's council meeting, emotions ran high. While city lawmakers debated the issue of panhandling, one man interrupted the meeting, yelling at leaders and accusing them of trying to sweep the homeless out of view, according to the station.

"This is a warning to the homeless community that we are no longer wanted in the city of Baltimore," he said.

A bill before the council would strengthen an existing panhandling law, to prohibit aggressive panhandling within 10 feet of restaurants and shops and five feet from parking meters.

"There ought to be a distance, a safe distance before they can approach," said Councilmember Rikki Spector.

Meanwhile, opponents of the bill protested in front of City Hall, according to the station.

"This is just another way for the city to tell the homeless that we're not welcome near the Inner Harbor, the sports arenas, any hotels," said Tony Simmons.

The panhandling issue may force city leaders to try to strike a balance.

"We do see a bit of a problem, a lot of guest comments," said Matt Thomas, the acting general manager of the trendy B&O Brasserie in the city.

"I understand there's always gonna be tough times for people," he said. "Just find a way to kinda cut down on it [panhandling]."

"What we should be focused on is ending the need for solicitation by ending poverty," said an attendee at the council meeting..

The Downtown Partnership, which supports the tougher measure, says it's about giving respect to those who can't immediately move from an area when asked for money.