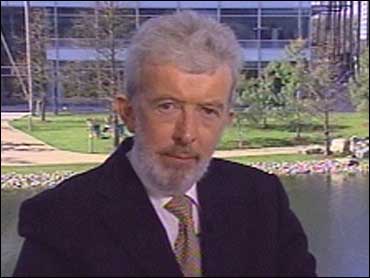 The station wagon is making a comeback. Robert Sinclair of the Automobile Club of New York appeared on The Saturday Early Show to discuss three of the slickest new wagons on the market.

Many drivers are fed up with SUVs. Sinclair says some motorists suffer from a case of the "toos," when it comes to SUVs - too big, too thirsty, too polluting, too prone to rolling over and, in some cases, too oddly configured.

Designed as off-road vehicles with a high-ground clearance, SUVs are built to go through woodlands with fallen trees, says Sinclair, adding that they are out of their element on city streets. Experts assert that some SUVs are prone to rollovers. They have high centers of gravity that can change a vehicle's handling dynamics when cornering and accelerating, Sinclair notes. Of those dying in SUVs, 62 percent perish as a result of a rollover, according to the National Highway Traffic Safety Administration,

Two major insurers plan to raise their rates for SUVs citing the damage they do to other vehicles.

Station wagons, built for street driving, do not have high centers of gravity. And many wagons now offer off-road, all-wheel and front-wheel driving features. The wagons of today are really built to be hybrid crossover vehicles, Sinclair says.

When station wagons are compared to popular SUVs, they hold their own in cargo and passenger capacity, Sinclair says. Today's wagons, Sinclair says, are stylish, high-tech, and very capable road vehicles that can haul a lot of people and cargo.

The following is Sinclair's profile of three station wagons now on the market:

The Daewoo model is the least expensive wagon of the three. It features storage compartments in the cargo floor. The Daewoo also offers front-wheel drive that delivers superior traction with the engine and transmission weight over the drive wheels. And it has a "crumple zone," a safety feature that protects the passengers during a collision, which SUVs don't have.

The Audi Allroad is considered the penultimate hybrid vehicle. It is more expensive than most wagons out now but has lots of high-tech features. Wagons in general have a lower ground clearance than SUVs, but the Allroad offers an adjustable ride height with four different settings, 5.6, 6.6, 7.6, and 8.2 inches of ground clearance, that allow for off-road capability along when needed.

The car comes equipped with an onboard computer that provides for all-wheel drive variable traction, so when you hit snow or ice, or wet pavement the car automatically kicks in traction control and stability programs that correct for slides and skids. It also features anti-lock brakes.

The car can switch from automatic to manual shift. It also boasts Tel-Aid: a GPS tracking system that monitors the location of the vehicle and transmits information to emergency personnel in the event of a collision. The Benz has crumple zone and a Baby Smart system that deactivates air bags when a child seat is installed.