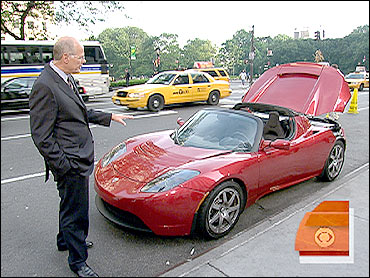 If you were told a sleek sports car is hitting the road that can go from zero-to-sixty mph in 3.9 seconds, that might catch your attention.

If you were told it's totally electric, you might be shocked.

Not only does the brand new Roadster from Tesla Motors look good, it's totally green.

It has a watermelon-sized electric motor -- not a engine -- and that motor produces no emissions as it kicks out 250 horsepower. It's also totally silent.

With a price tag of about $100,000 and only 600 being made for 2008 model year, don't expect to see many of them on the road, but every one from this year has already been bought in advance.

The car can travel 220 miles on a single charge of its lithium-ion battery pack. You have to plug it in for three-and-a-half hours to get a full charge.

The Roadster's gets the equivalent of 135 mpg.

To see the Roadster on our plaza and going through its paces, click on the arrow in the image below. 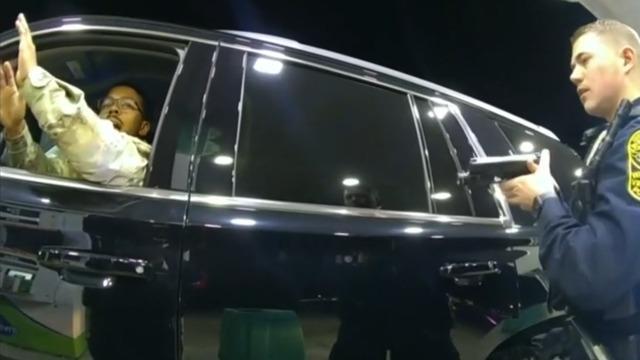