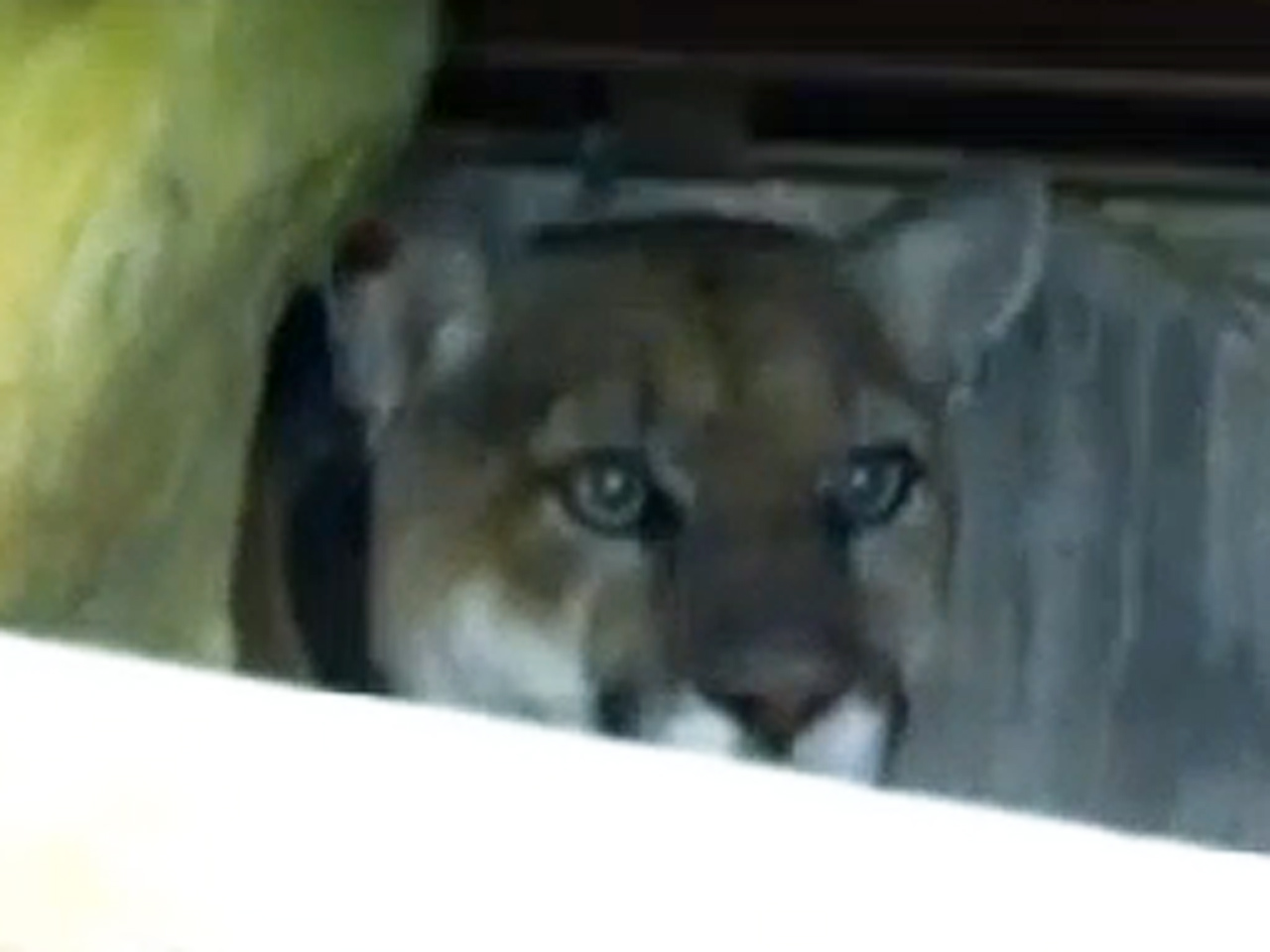 A mountain lion known among wildlife officials as specimen P-22 was milling about Monday under a home in tony Los Feliz, California, CBS Los Angeles reports.

Neighbors and news crews gathered around the home where the animal had gotten cozy in the crawl space, according to the California Department of Fish and Wildlife.

P-22 has appeared in pictures in magazines such as National Geographic.

It was discovered at the homewhen a worker with a security company came face-to-face with the cat.

"I really thought I was being punked," the homeowner told CBS Los Angeles. "He had gone into the crawl space and came face-to-face with the lion. Then, he was up there terrified, saying, 'Dude, I've got to finish this job another day!"'

L.A. Animal Services was called and worker Armando Navarrete ventured below the home, where he came within 10 feet of the animal. He immediately realized this was a matter for the Department of Fish and Wildlife.

"I should have probably exercised more caution, but I didn't think it was that severe because we get calls for cats, big cats, and it's usually a bobcat or a domestic cat," Navarrete said. "First, it's disbelief, because you can't believe it's actually a mountain lion."

As of early Tuesday, P-22 hadn't made any aggressive moves, even as a crew attempted to scare it out from under the home by waving a stick and pelting tennis balls through a vent in the crawl space.

Firefighters were there to assist wildlife officials in case they needed to tranquilize the animal.

"The plan is to get the cat out safely, and without harming it or anyone around," Navarrete said.

Fish and Wildlife workers said they planned to back off and sprinkle white flour at the entrance of the crawl space, so they'll be able to see, from paw prints, if they animal has left.