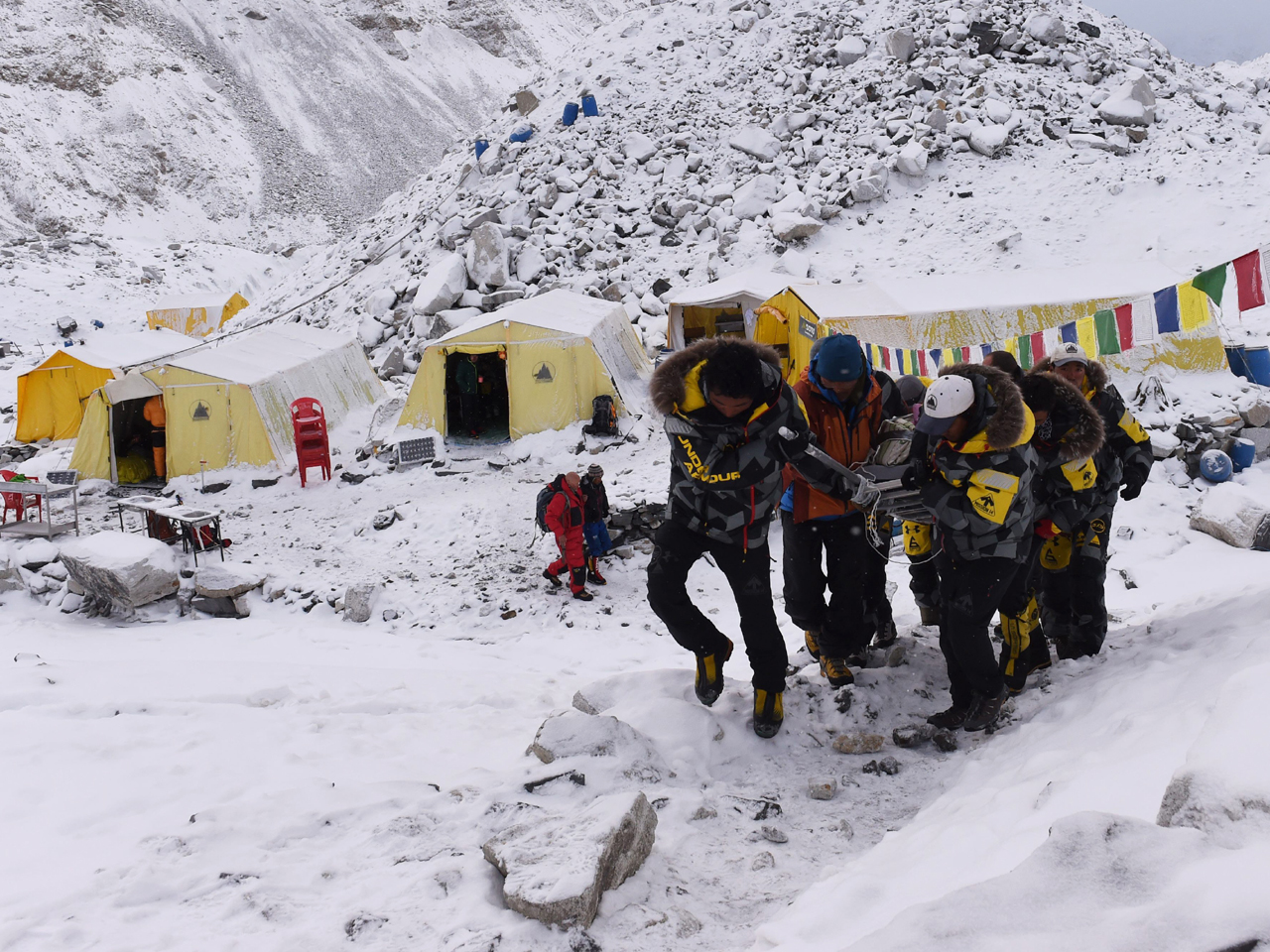 First the earth heaved and shook, then a huge avalanche thundered toward the sprawling Mount Everest base camp.

German climber Jost Kobusch and his companions managed to take cover, capturing the harrowing incident on video, but at least 17 others died.

Thousands of feet above, at Camps 1 and 2, about 150 climbers were still stranded Monday morning, their route down blocked by tons of unstable rock and ice.

A helicopter rescue mission was in full swing, but the high altitude means they can only load two climbers at a time.

Looking cold and shaken, a pair of climbers emerged from one copter Monday -- among the first to be brought safely down the mountain.

Carsten Pedersen was one of the lucky ones. He was heading down to base camp when the avalanche struck.

"We just got down 10 minutes before the avalanche," he said. "Had we been there, had we walked any slower, we would've been thrown into the rocks."

The weather was good Monday, but rescuers feared it wouldn't last. And the aftershocks just keep on coming, with terrifying consequences.

A climber in Camp 1 said rocks falls and minor avalanches were still coming regularly, adding that his "heart leaps every time the earth moves."

Among the dead on the world's highest mountain were Google executive Dan Fredinburg from California, who had been training hard to make his second attempt to scale Everest.

Taplin's wife said he died in the shockwave caused by the avalanche.

"He loved life," she said. "He loved the mountains."