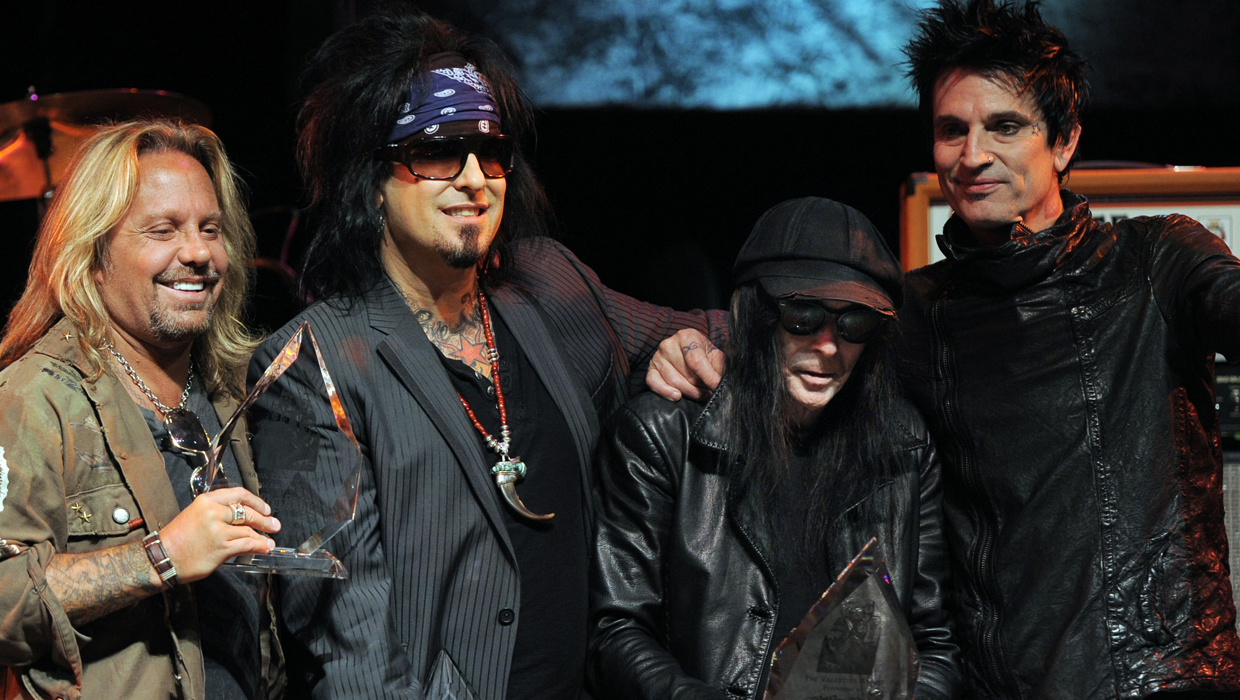 Motley Crue is hanging up its guitars for good.

The heavy metal band -- made up of Vince Neil, Nikki Sixx, Mick Mars and Tommy Lee -- plans to say goodbye with 72 concerts before retiring. The rockers made the announcement at a press conference Tuesday in Hollywood.

"This is a huge celebration for us. It's going to be a really fantastic tour," Sixx said, according to the band's official Twitter account, which was posting updates from the announcement.

Neil added, "We just want to go out on top. Leave a legacy behind."

On his personal Twitter account, Lee wrote, "This ain't no farewell tour! Those are for bands that lie to their fans and come back in 5-10 years! This is the FINAL tour! It's over!"

Alice Cooper will tour with the group. Tickets go on sale Friday.

A Motley Crue tribute album is in the works, as is a big-screen version of the band's 2002 book, "The Dirt."