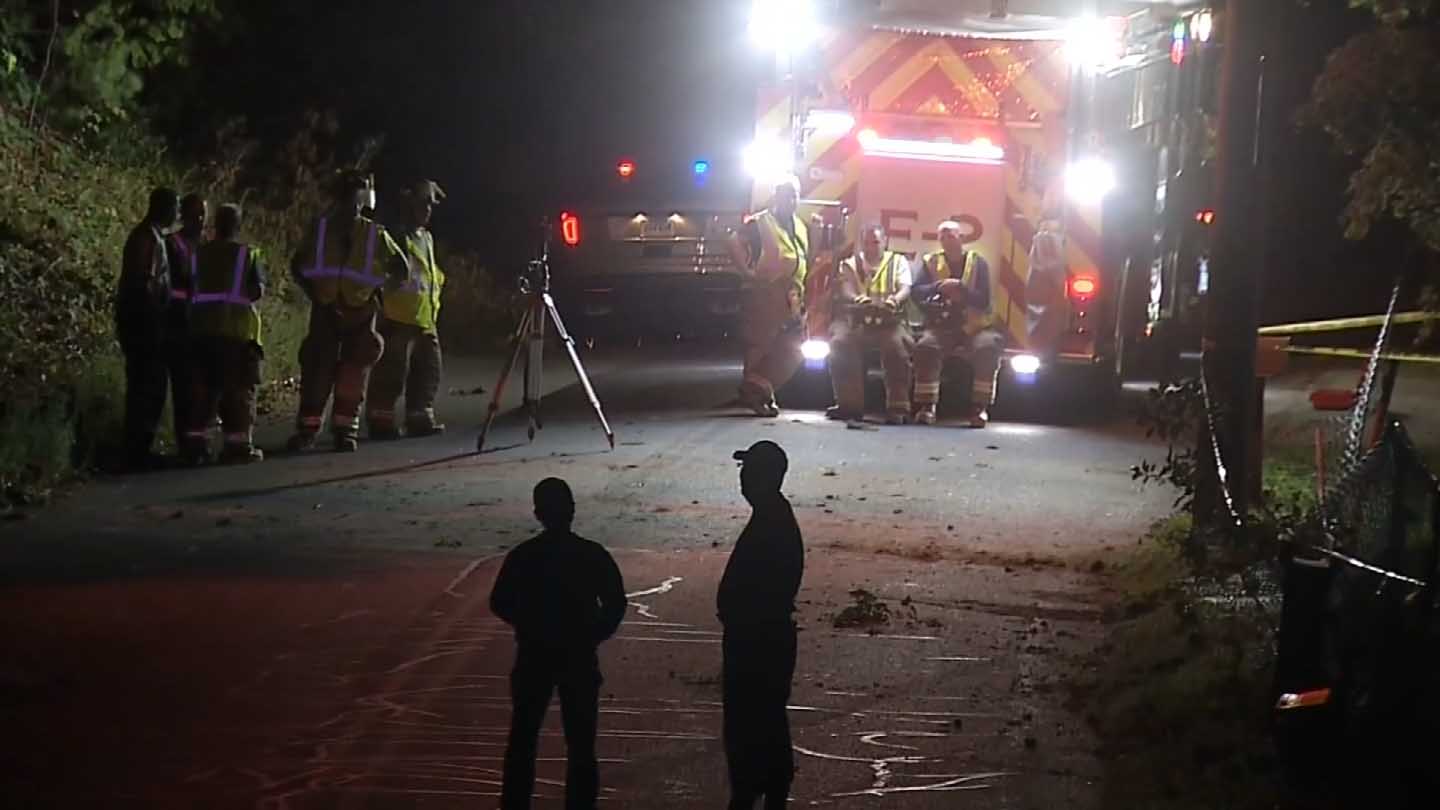 TERRYVILLE, Conn. - A mother and her young son were killed in a car wreck in Terryville, Connecticut, on Monday evening when the vehicle they were in slammed into a house.

Another son survived the crash, reports CBS affiliate WFSB in Hartford, and he was in stable condition as of Tuesday morning.

Officials have not yet released the victims' names.

Christine Alfieri, a neighbor and former firefighter who was the first person on the scene, told WFSB it was "very, very tragic."

She said she quickly realized that the boys' mother was dead, so she tried to shield the conscious child from what was going on.

"He was calling out for his mother and I just asked the gentleman that lived at the scene to please just keep him with his back turned," she said.

She said she used scissors to cut the boys out of their seats and did what she could to comfort the surviving child.

"Being so young, he was in trauma," she said. "It was kind of hard for him to understand what was going on. He didn't realize he was in an accident at all."