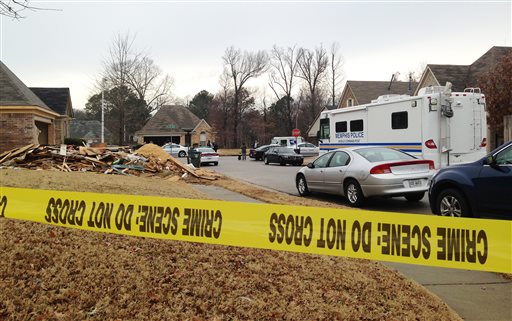 MEMPHIS, Tenn. - The mother of a missing infant has been charged with abuse and neglect, according to to the Memphis police chief, and is still considered a suspect in the child's disappearance. Andrea Walker, 33, told police that she left 7-week-old daughter Aniston with her 3-year-old son while she took her 5-year-old to school.

The child was reported missing some time after she returned home.

Chief Toney Armstrong says police are continuing to search for Aniston, who was reported missing Thursday. Armstrong said Friday that officers "are not leaving any stone unturned." He says they're concentrating on the neighborhood near the home and a landfill where trash from local homes is dumped.

Walker is currently being held on $500,000 bond, and remains a suspect in the investigation.

"[Walker] has not been as forthcoming as we wish that she would," Armstrong said. "Realistically, 7-week-old kids don't mysteriously disappear without some circumstances behind it."

Police believe the child's father, who does not live at the same address, reported her missing.

Armstrong cites conflicting accounts among relatives about when the infant was last seen.