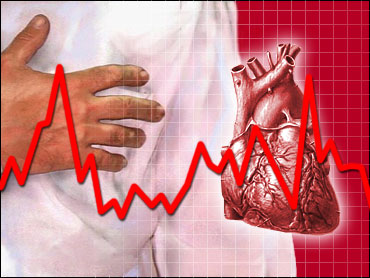 Most heart attack patients have at least one major risk factor such as high cholesterol or hypertension, according to two new studies that cast doubt on the doubters.

The findings suggest that doctors should pay even more attention to screening patients for proven risk factors to help prevent heart disease, the nation's leading killer, the researchers and other heart specialists say.

The idea that major risk factors are absent in at least 50 percent of all patients with coronary disease is a common perception built on tidbits of data but hasn't been systematically studied, according to the new reports.

"People don't get heart disease out of the blue," said Dr. Philip Greenland of Northwestern University, lead author of one of the studies.

Data suggesting major factors are often absent may have focused only on one factor or overlooked whether patients had any factors in the past, which can also affect heart disease risk, the new studies say.

The skeptics' notion has helped prompt research into several "hidden" blood markers that have been linked to heart disease, including C-reactive protein, homocysteine and fibrinogen, but a separate new analysis says there is insufficient evidence to support using these instead of conventional factors to assess heart disease risk.

The new reports appear in Wednesday's Journal of the American Medical Association. They provide evidence that convincingly challenges the "50 percent" claim, a JAMA editorial says.

"Perhaps, more important, these studies emphasize that to reduce the burden of cardiovascular disease, physicians should have even greater vigilance in identifying conventional coronary heart disease risk factors and must redouble efforts to control them effectively," said editorial authors Drs. John G. Canto and Ami Iskandrian of the University of Alabama at Birmingham.

Greenland and colleagues analyzed three studies involving 386,915 men and women up to age 59. Among 40- to 59-year-old participants who died of heart disease including heart attacks, at least 87 percent had one or more conventional risk factors.

Among participants with nonfatal heart attacks, such risk factors were present in 92 percent of men aged 40 to 59 and 87 percent of women in that age group.

Similar results were found in a separate report by Cleveland Clinic Foundation doctors who analyzed 14 earlier studies involving 122,458 adults. At least one major risk factor was found in 84.6 percent of women and 80.6 percent of men with heart disease including heart attacks.

"Further investigation needs to be done about exactly what role they do play," he said.

That sentiment is echoed in a third JAMA report, which analyzed dozens of studies on four bloodstream components cited as novel risk factors: C-reactive protein, lipoprotein-a, fibrinogen and homocysteine.

There is little evidence that any of these are superior to conventional risk factors in determining heart disease risk, said Drs. Daniel Hackam and Sonia Anand of McMaster University.

More study is needed before any of them could be recommended as a routine screening measure, the researchers said.

Dr. Augustus Grant, the American Heart Association's president, said the new studies reinforce what most doctors already know — that preventing major risk factors "can have a substantial impact on the incidence of disease."

"As we explore other potential" factors, Grant said, "we are not expecting to find a dramatic new source for the risk."