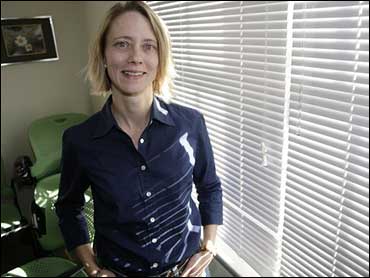 Bad news when it comes to diabetics and exercise: Most people with Type 2 diabetes or at risk for it apparently ignore their doctors' advice to be active.

Fewer than 40 percent get exercise, a new study found, and the more in danger the patients are, the less likely they are to be active.

That's despite an earlier study that found nearly three-quarters of diabetics said their doctors had advised them to exercise. The patients who got the strongest warnings to get moving were the least likely to listen, according to research being released Friday.

"People should exercise more, that story is out," said Dr. Elaine Morrato, who led both studies. "What we're saying is, 'Here's a high-risk population that can benefit from exercise, and they're even less likely to exercise."'

Morrato, an assistant professor at the University of Colorado Denver with a doctorate in public health and epidemiology, said researchers surveyed more than 22,000 patients for the new survey. Results of the study appear in the February edition of the American Diabetes Association's journal Diabetes Care.

The federal Centers for Disease Control and Prevention estimates more than 20 million Americans have diabetes, about 90 percent of them Type 2, which is linked with obesity.

Dr. Larry Deeb, president of medicine and science at the American Diabetes Association, said by the time patients have Type 2 diabetes or are at risk of getting it, the deck is stacked against them. They may already have problems with mobility as a result of obesity or foot and circulatory disorders that make exercise difficult.

"We have to be careful not to blame the victims," he said. "There's a difference between being unable and being unwilling."

Even for the most disabled, there's hope, said author and fitness expert Charlotte Hayes, but health professionals must do more.

Hayes, who wrote "The I Hate to Exercise Book For People With Diabetes," said telling patients to exercise is different from telling them how.

"We take a small-steps approach," she said.

The American Diabetes Association recommends people get at least 30 minutes of aerobic exercise, such as brisk walking, five times a week. But the association says for those who can't, there are benefits from even five minutes a day, along with everyday activities such as gardening or walking to work.

Morrato said she doesn't know the answer, only that the results of her study are disappointing.

"It is difficult to be optimistic about addressing the twin epidemics of obesity and diabetes without success in increasing physical activity in the population," her study concludes. "The results of this study provide very pessimistic data."

Deeb, who specializes in pediatrics, said the next generation is off to a better start. Children, he said, are taught nutrition and the benefits of physical activity. Now, families, local governments and school boards need to take action, while doctors need to follow up and find out if at-risk patients know where to get help.

"When you ask a family what they're doing, the answer is all about time. They know what's good for their families, but both parents are working, and sometimes the only time they have is to pick up fast food," he said. "They have to understand, your health depends on it.