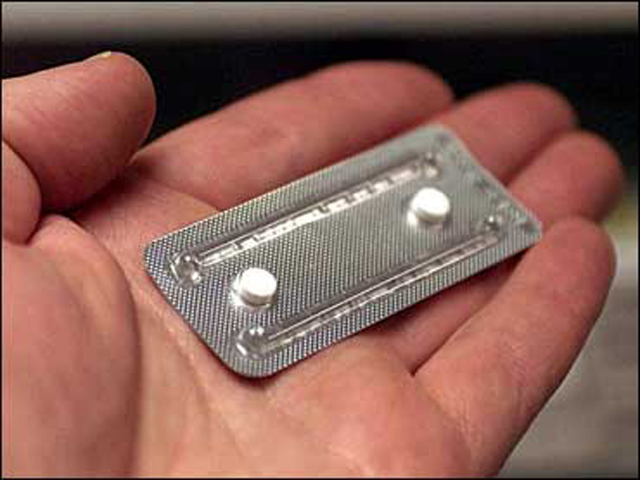 (CBS) Morning-after pills may not be available on drug store shelves, but college students at Shippensburg University looking for a convenient way to buy a Plan B pill can now mosey on down to the vending machine at the student health center.

The vending machines sell each dose of emergency contraceptive for $25, and the university won't profit from the sales, CBS Philadelphia reported.

"The machine is really used as much for privacy as anything else," Dr. Roger Serr, vice president of student affairs at the university, told CBS Philly.

Serr says the machine was installed at the request of the student association, and a survey found 85 percent of students supported it, The Associated Press reported.

Plan B One-Step is a single pill that contains a higher dose of the female progestin hormone that is found in regular birth control pills. Taking it within 72 hours of sex can cut the chances of pregnancy by up to 89 percent, but works best within 24 hours. There are two other emergency contraception pills, a generic version similar to Plan B named Next Choice and a prescription-only pill named ella. If a woman already is pregnant, the pill has no effect.

The pill is currently available without a prescription for those 17 and older who show proper identification to a pharmacist. In December, U.S. Health and Human Services Secretary Kathleen Sebelius nixed an FDA decision that would have allowed the pills to be sold over-the-counter in condom aisles, saying, "I do not believe enough data were presented to support the application to make Plan B One-Step available over-the-counter for all girls of reproductive age," HealthPopreported.

Jessica Sheets Pika, spokeswoman for the National Campaign to Prevent Teen and Unplanned Pregnancy, told the AP that "if the health center is manned 24/7, that sounds like it's a sufficient protection.

But she added, "If there's a chance that people under 17 are able to access it, that's a problem."

What do you think? Should morning-after pills be sold in college vending machines?