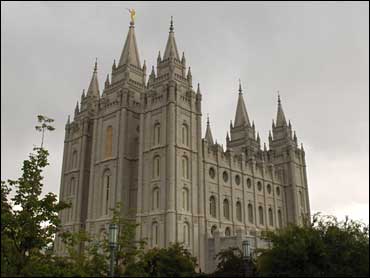 The Church of Jesus Christ of Latter-day Saints has been ordered to pay a small fine for failing to properly report about $37,000 in contributions on behalf the successful effort to pass Proposition 8, which banned same-sex marriages in California.

According to the Deseret News, the Church has agreed to pay a $5,539 fine to California's Fair Political Practices Commission for late reporting of contributions (including staff time) to help the "Yes on 8" committee, pending final approval from commissioners.

A church spokesman told the newspaper that while "all institutional contributions made by The Church of Jesus Christ of Latter-day Saints to the ProtectMarriage Coalition were reported to the appropriate authorities in California," the church overlooked daily reporting requirements in the last two weeks before the vote and did not report contributions during that period until later.

The Los Angeles Times reports that the fine comes after a complaint from gay-rights activist Fred Karger, who argued the Mormon Church did not adequately disclose its efforts to ban same-sex marriage.

While the Fair Political Practices Commission could have assessed a $5,000 fine for each violation, it reportedly opted for a streamlined process that resulted in a deal with the church for the $5,539 fine.

In a statement, the gay rights group the Human Rights Campaign said the fine reflects "a pattern of blatant disregard for California election laws and provides ongoing evidence that the Mormon Church was a significant leader in the campaign to repeal marriage equality, even while it evaded standard reporting requirements and denied its involvement."