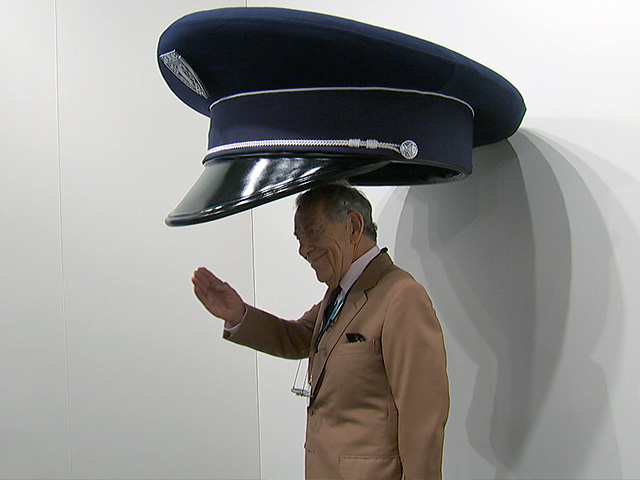 If you watched the 2012 60 Minutes story on Miami's Art Basel, one of the biggest, most lucrative art fairs in the country, you probably got a sense of what Morley Safer thinks of much of contemporary art.

Or perhaps you caught his first story on modern art, which aired in 1993 and drew howls of protest from the art world and more viewer reaction than any other Safer report in his 46 years on the broadcast. Almost 20 years later, as Safer wandered the aisles of Art Basel, some gallery owners and artists were still sore about being mocked in his '93 story.

Still, Safer's well-known distaste for contemporary art did not deter Donald and Mera Rubell from welcoming him on a tour of their extensive personal art collection, housed in a Miami warehouse open to the public. The Rubells have devoted their lives to collecting contemporary art and supporting promising young artists around the world.

60 Minutes producer Ruth Streeter told Overtime that the Rubells had, of course, seen Safer's 1993 story. But they still showed him their art collection, patiently explaining the meaning behind each piece, as you'll see in the video above. It was an enthusiastic effort to change Safer's mind about contemporary art, but it seems they took on an impossible task.

What do you think of the contemporary art that Morley has so publicly criticized over the years? Do you agree with him? We want to hear from you in the comment section below.