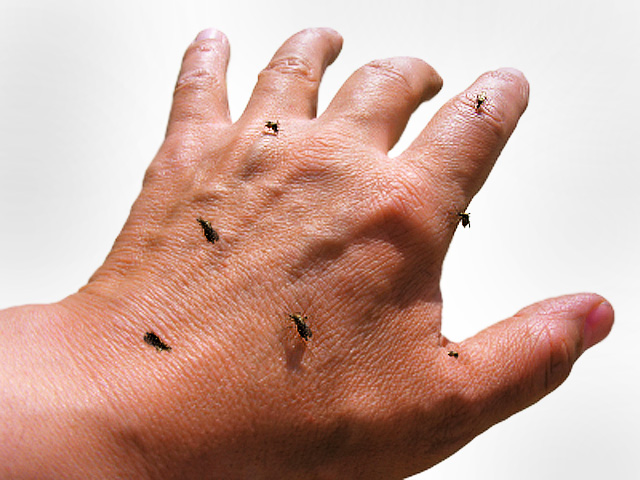 (CBS) It's all in their minds.

That's what doctors are saying about people with Morgellons disease, who claim to be infested with mysterious parasites that trigger itching, rashes, and creepy-crawly sensations in the skin.

Researchers at the Mayo Clinic studied 108 patients who believed their inflamed, itchy skin was the result of a bug infestation. But biopsies and skin tests uncovered no physical cause of the unpleasant symptoms.

The study was published in the May 16 issue of Archives of Dermatology.

One thing the doctors and patients both agree on - the disease is incredibly frustrating.

"Patients often complain that the physician isn't examining their skin closely enough to see the infesting organisms," study author Dr. Mark Davis, professor of dermatology at the Mayo Clinic, told Reuters . "This study indicates that even when skin biopsies are obtained, and specimens of the organisms brought by the patients are carefully examined, there is no objective evidence of skin infestation."

But even after being told there aren't any bugs, Morgellons patients often refuse to go along - and that threatens to drive some dermatologists nuts.

"People with delusions of parasitosis are a great challenge to us," Dr. Bruce Strober, assistant professor of dermatology at New York University Langone Medical Center, told WebMD. "It's clearly a psychiatric disorder."

If Morgellons patients won't listen to reason, what can be done? Psychiatric medication and counseling are probably in order, said Strober. "Unfortunately, these patients are rarely amenable to those aproaches," he said.

The Mayo Clinic has more on Morgellons disease.