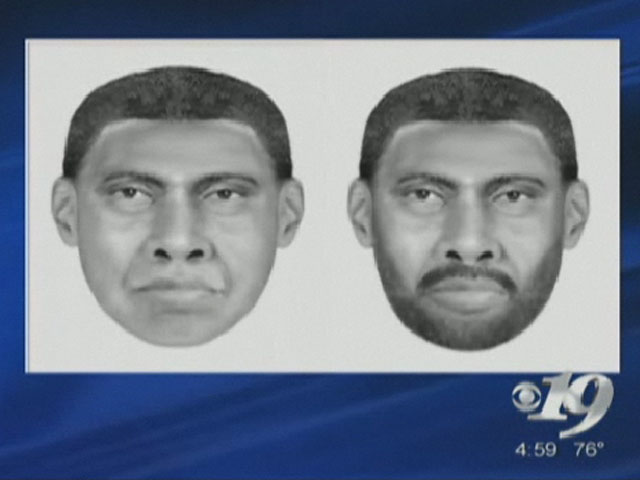 (CBS/KCAV) - The FBI has released a new sketch of the man they believe is responsible for killing Morgan Dana Harrington, the 20-year-old Virginia Tech student who died after attending a Metallica concert in October 2009, reports CBS affiliate KCAV. Her body was discovered three months later on an Albemarle County farm.

The new sketch is similar to the composite sketch created after a Fairfax assault in 2005, which the suspect was also linked to, but this sketch shows a fuller face and the beard and mustache are both gone.

"If you are one of those who has had some suspicions or concerns, and the hair on your neck has gone up a couple of times, don't filter. Call police and let them be the ones to look into it. That's what we're trying to do, shake loose a killer who is walking amongst us," said Harrington.

Police want to keep the suspect's picture in the public. They also warn that the suspect has likely changed in appearance since the original 2005 sketch.

There is a $150,000 reward for information leading to an arrest in this case and this new sketch is just the first step in the multimedia campaign.

"To me, the most frightening thing about it is that it doesn't look like the face of evil," said Gil Harrington. "It looks like a regular person walking around and that's why this composite is important because there is someone who looks regular, walking around hiding in plain sight, probably in this town."