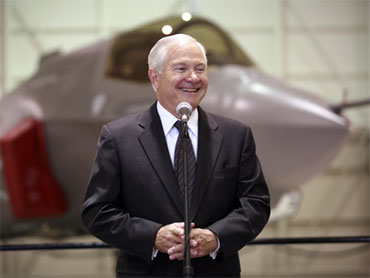 More troops and a new strategy for using them are emerging as critical components to the eight-year-old effort by U.S. and NATO forces to defeat the Taliban and secure Afghanistan.

U.S. Defense Secretary Robert Gates, acknowledging bright spots but also "gloom and doom" in a new assessment of the war, said Monday the Obama administration would look closely at requests for resources.

Asking for more troops is not part of the classified assessment delivered by Gen. Stanley McChrystal, the top commander in Afghanistan, according to officials. However, he is expected to ask for more troops in a separate request in a few weeks, two NATO officials told The Associated Press on condition of anonymity. They were not authorized to speak publicly on the matter.

McChrystal's assessment is expected to offer a blunt appraisal of the Taliban's increasing tactical prowess and diminishing popular support in Afghanistan for both the foreign-led war effort and the fragile, corruption-riddled central government.

"The situation in Afghanistan is serious," McChrystal said Monday, and success "demands a revised implementation strategy, commitment and resolve, and increased unity of effort."

Gates told reporters traveling with him to Fort Worth, Texas, "We have been very explicit that Gen. McChrystal should be forthright in telling us what he needs." A Pentagon spokesman said Gates had not yet seen McChrystal's recommendations, which were being reviewed and commented upon by Gen. David Petraeus and others at U.S. Central Command.

Although President Obama committed 21,000 new American forces to Afghanistan this year, officials are bracing for a request for even more. Mr. Obama would then face a buildup of troops there just as troop commitments in Iraq are easing or risk losing the war he argued the U.S. had neglected.

Neither the White House nor Congress would enjoy the prospect of widening the war after eight years and millions of dollars in development money. Violence is escalating: August became the deadliest month of the war with at least 47 U.S. troop deaths.

In one of the most recent attacks, a roadside bomb killed Army Specialist Abraham Wheeler and seriously wounded CBS Radio News correspondent Cami McCormick on Friday.

Listen: Cami McCormick reports on the growing number of U.S. casualties in Afghanistan

Lt. Col. Tom Gukeisen told CBS News three men were arrested after a search by the Afghan National Army brought in suspects in the attack with explosives residue on their hands.

CBS News national security correspondent David Martin that one of the bombers had a cell phone with a number to the Ministry of Defense in Kabul. That might explain why the U.S. military received a letter from the Ministry saying they'd arrested the wrong man.

"We think he was tied to the Ministry of Defense, someone in that office that began to put political pressure," said Gukeisen.

U.S. and NATO commanders have said they do not have sufficient troops and support to expand the fight against a resilient and well-organized Taliban insurgency. But Gates noted his oft-repeated worry about placing too many forces in Afghanistan, a strategy that failed for the Soviet Union in the 1980s. 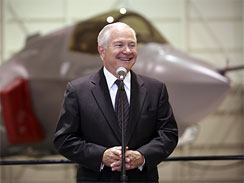 (AP Photo/Tom Pennington)
One key concern Gates (seen at left) will have to address in considering another troop increase will be the links between Taliban militants and the Afghan government.

"U.S. officers say there will be neither justice nor security - no matter how many American troops - if the central government pulls strings for roadside bombers," reported Martin.

American public support for the war, which a new shows is falling, may also hamper military commanders' desires for another influx of troops.

"I think it will be a very hard sell," Stephen Biddle, Senior Fellow for Defense Policy at the Council on Foreign Relations told Early Show co-anchor Harry Smith on Tuesday.

"I think it's very important, if support is going to be maintained, that the current security trends in the country reverse over the course of the next year or so," said Biddle.

But Biddle agreed on the need for a large American troop presence in Afghanistan.

"Counterinsurgency is usually considered to be a very labor intensive form of warfare… especially in a place like Afghanistan, where the population is so spread out."

He said the American military has to "provide visible security to convince civilians in the area that they can afford — that they'll survive the exercise of telling us who the insurgents are. That requires a lot of people."

In Brussels, NATO spokesman James Appathurai said McChrystal's report also would be examined by NATO's political and military leadership. He stressed it was an assessment by the commander of NATO forces in Afghanistan, "not a change of strategy."

The assessment recommends focusing the U.S. and NATO counterinsurgency efforts on the Afghan population and less on militants, one of the NATO officials in Afghanistan said.

Last week, McChrystal said troops "must change the way that we think, act and operate" in newly released counterinsurgency guidance. McChrystal hopes to instill a new approach in troops to make the safety of villagers the top priority.

Gates requested the report as a gut check following Mr. Obama's announcement of a pared-down counterinsurgency strategy and the rare wartime firing of a top general last spring. McChrystal was sent to Afghanistan this summer to oversee the addition of 17,000 U.S. combat forces, part of a record U.S. commitment of 68,000 by the end of this year.

Underscoring a sluggishness in the war effort, a so-called civilian surge ordered by Obama shortly after he took office appears to be moving slowly. Fewer than one-quarter of the extra civilians expected to provide expertise in law, agriculture, engineering and other areas deemed vital to stabilizing Afghanistan are in place.

At that pace, according to military and political leaders, the U.S. risks losing a critical opportunity to boost the war effort.

Administration officials heading the civilian buildup insist the program is on pace but acknowledge they have sprawling logistics issues. Between 90 and 100 of the approximately 450 extra civilians expected to be dispatched to Afghanistan by the end of this year have already arrived, officials say. That includes 56 sent in advance of the Aug. 20 presidential elections to staff hybrid civil-military teams working with Afghans at the local and provincial levels on development and governance.

Most of the rest of the team is to arrive in October and November. They are mainly from the State Department, the U.S. Agency for International Development and the Agriculture Department.