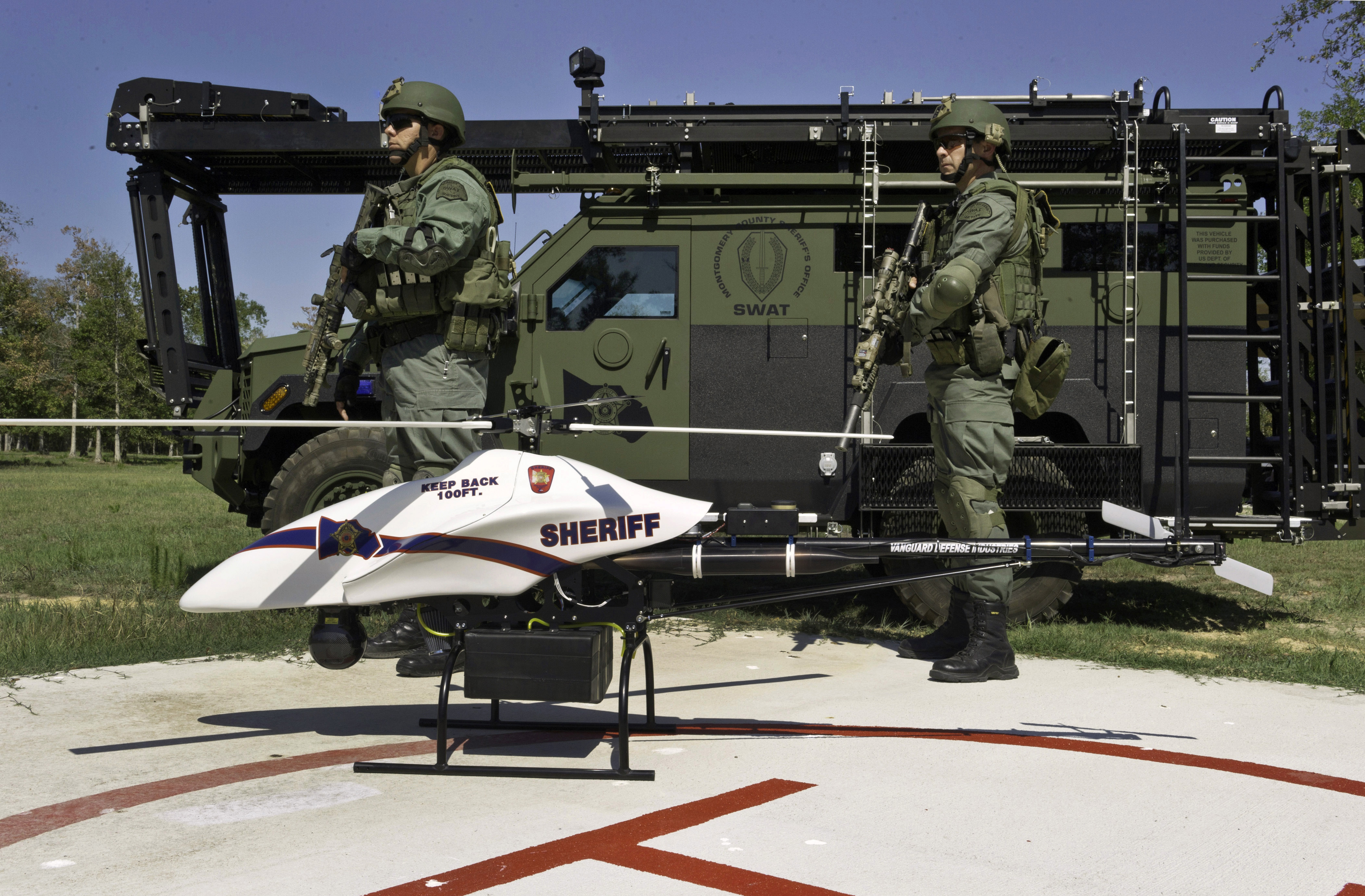 (AP) WASHINGTON - More than a third of Americans worry their privacy will suffer if drones like those used to spy on U.S. enemies overseas become the latest police tool for tracking suspected criminals at home, according to an Associated Press-National Constitution Center poll.

Congress has directed the Federal Aviation Administration to come up with safety regulations that will clear the way for routine domestic use of unmanned aircraft within the next three years. The government is under pressure from a wide range of interests to open U.S. skies to drones. Oil companies want them to monitor pipelines. Environmentalists want them to count sea lions on remote islands. Farmers want them to fly over crops with sensors that can detect which fields are wet and which need watering. They're already being used to help fight forest fires. And the list goes on.

Manufacturers are also keen to cash in on what they expect to be a burgeoning new drone market. Government and commercial drone-related expenditures are forecast to total $89 billion worldwide over the next decade. On the leading edge of that new market are state and local police departments, who say that in many cases drones are cheaper, more practical and more effective than manned aircraft. Most of them would be small drones, generally weighing less than 55 pounds. They could be used, for example, to search for missing children or to scout a location ahead of a SWAT team.

But privacy advocates caution that drones equipped with powerful cameras, including the latest infrared cameras that can "see" through walls, listening devices and other information-gathering technology raise the specter of a surveillance society in which the activities of ordinary citizens are monitored and recorded by the authorities.

Nearly half the public, 44 percent, supports allowing police forces inside the U.S. to use drones to assist police work, but a significant minority - 36 percent - say they "strongly oppose" or "somewhat oppose" police use of drones, according to a survey last month.

Twenty-four percent fell in the middle, saying they were "somewhat concerned" about a potential loss of personal privacy.

David Eisner, president and CEO of the constitution center in Philadelphia, said he was surprised by the level of support for police use of drones.

"I had assumed that the idea that American police would be using the same technology that our military is using in Afghanistan would garner an almost hysterical response," Eisner said. Support for drone use "shows that people are feeling less physically secure than they'd like to because they are willing to accept fairly extreme police action to improve that security."

But the poll found no significant difference between Democrats and Republicans on the issue.

Protecting privacy has long been an issue that resonates on both the political left and the right, said Jay Stanley, an American Civil Liberties Union senior policy analyst. He pointed to several bills that were introduced this year in Congress by Democratic and Republican lawmakers to prevent drones from being used in a manner that jeopardizes privacy.

"The awareness of drones and their privacy implications has really reached the American public," Stanley said. "This is a technology that people weren't thinking about at all or hadn't heard much about at all just a couple of years ago."

Responding to public concern, a drone industry trade group and the International Association of Police Chiefs have separately released voluntary guidelines for drone use in recent months.

"A lot of the public doesn't understand how the technology is being used," said Gretchen West, vice president of the Association for Unmanned Vehicle Systems International. "Law enforcement use (drones) to do the same thing they've used manned aircraft for years, it's just that (drones) are more affordable and usually a more efficient option."

The National Constitution Center is a nonpartisan, nonprofit organization that operates a Philadelphia museum and other educational programs about the Constitution.

The AP-NCC Poll was conducted by GfK Roper Public Affairs & Corporate Communications from Aug. 16-20, using landline and cellphone interviews with 1,006 randomly chosen adults. The margin of sampling error was plus or minus 3.9 percentage points.