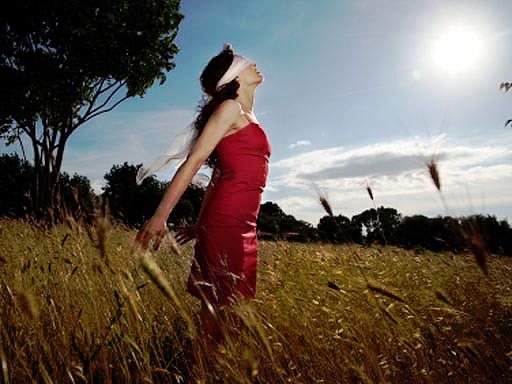 Can You Fire Someone for Sleepwalking? Merck Will Find Out in Court
Sleepwalker Gets Rude Awakening: Probably Shot Himself, Say Cops

In a new study, published in the May 15 issue of the journal, Neurology, researchers found about 3.6 percent of U.S. adults - about 8.4 million people - sleepwalk each year. What's more, almost 30 percent of adults said they've strolled while snoozing at least once throughout their lifetime.

Previous estimates of sleepwalking prevalence were around 2 percent, with U.S. estimates dating back 30 years since they were last updated.

"I would like to correct the impression that sleepwalking is rare," study author Dr. Maurice Ohayon, professor of psychiatry and behavioral sciences at the Stanford Sleep Epidemiology Research Center in Palo Alto, Calif., told USA Today. "This is a huge number of people."

Sleepwalking, or somnambulism, is a disorder that occurs when people walk or do another activity while they are asleep. It most often occurs during deep, non-REM (rapid eye movement) sleep early in the night, but can occur during REM sleep closer to the morning. Besides making for sitcom laughs, sleepwalking can pose serious injury risks to the wanderer or others nearby, and it can also lead to problems with psychosocial functioning.

For the study, researchers conducted phone surveys on more than 19,136 people from 15 states about their mental health and medical history, including which medications they were taking. Previous research suggests medication use and certain psychiatric conditions might trigger sleepwalking.

Besides finding that 3.6 percent of responders sleepwalk each year, 1 percent of surveyed participants said they had two or more episodes in a month. Eighty percent of the sleepwalkers said they've done so chronically, for more than five years. Sleepwalking was not associated with gender, and seemed to decrease with age.

The study showed people with depression were 3.5 times more likely to sleepwalk than those without, and people with obsessive-compulsive disorder or an alcohol-abuse problem also showed significantly higher rates of sleepwalking.

When it came to medication, people taking SSRI antidepressants - the class of drugs that includes Prozac, Paxil and Zoloft - were three times more likely to sleepwalk at least twice a month than those who didn't. People using over-the-counter sleeping pills had a higher likelihood of reporting sleepwalking episodes at least two times per month. Surprisingly, prescription sleeping pills didn't increase sleepwalking risk, while other research has shown this link.

"There is no doubt an association between nocturnal wanderings and certain conditions, but we don't know the direction of the causality," Ohayon said in a news release. "Are the medical conditions provoking sleepwalking, or is it vice versa? Or perhaps it's the treatment that is responsible."

More research is likely needed to determine cause and effect, but the researchers hope their study can raise awareness about sleepwalking among primary care doctors, so they can recognize the risks in their patients.

If you suspect a loved one is a sleepwalker, Ohayon says to make sure there is a lock on the doors and windows.

Dr. Gayatri Devi, clinical associate professor of neurology at NYU School of Medicine, told WebMD, "Make sure they are safe," Devi says. "If at all possible, gently try to steer them toward their bed. If they resist, let them be."

The National Institutes of Health has more on sleepwalking.