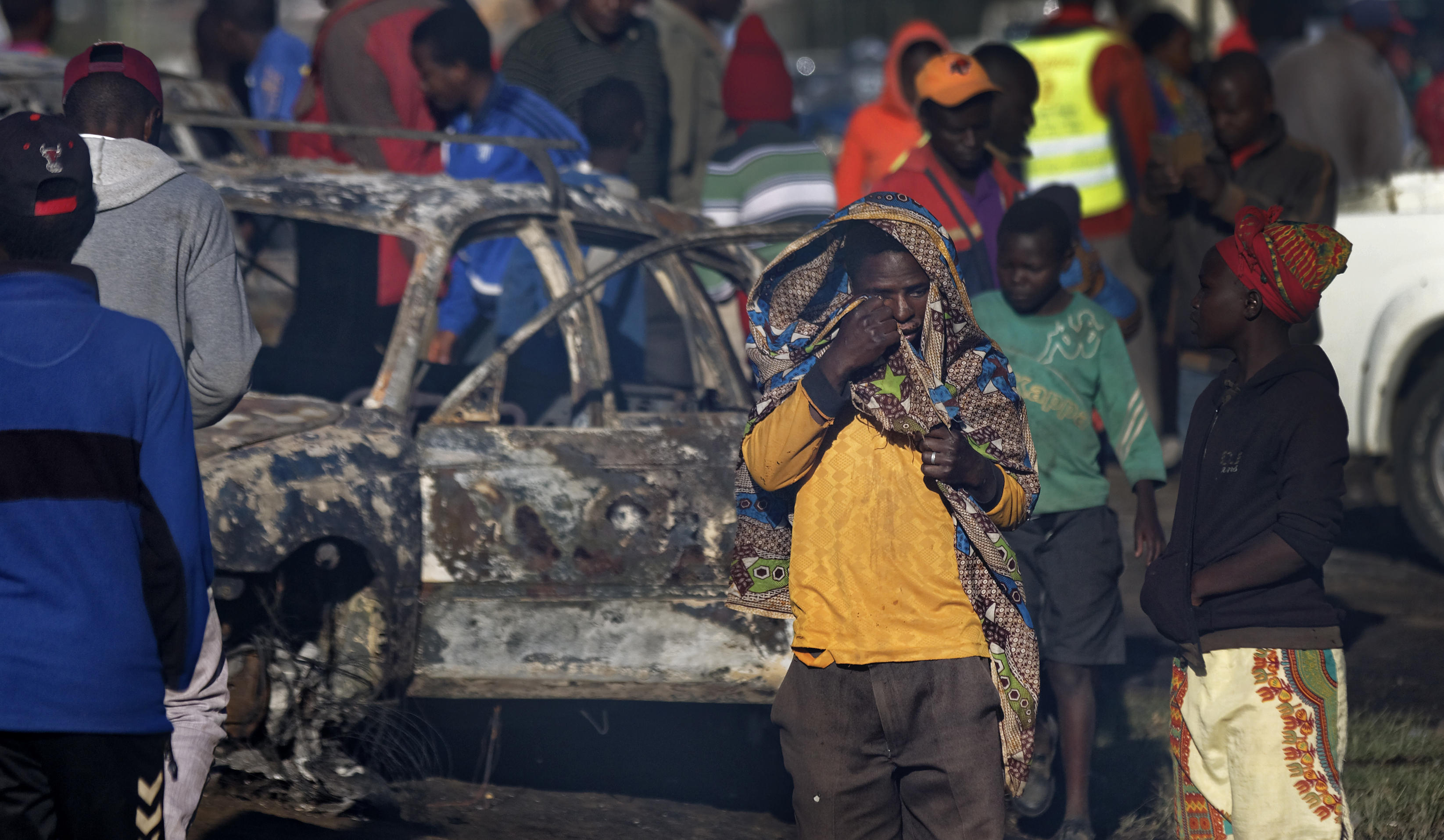 NAIVASHA, Kenya -- A runaway truck carrying volatile gas slammed into other vehicles and burst into flames on a major road in Kenya, killing at least 39 people and injuring 10, officials said early Sunday.

The truck lost control while going downhill on the road from the capital, Nairobi, to Naivasha late Saturday, said Mwachi Pius Masai, the deputy director and communications officer for the National Disaster Management Unit.

“This is a serious chemical incident,” Masai said. “Police and other rescuers are still on the scene ... clearing debris.”

Police said at least 10 people were injured. The death toll was updated to 39 by the interior ministry.

Eleven vehicles were burned and continued to smolder. The ground around the crash site was scorched. Residents stood around looking dazed, with some taking photos or selfies with their phones.

“The lorry was in high speed and lost control after hitting speed bumps an ended up ramming into oncoming cars,” said witness Peter Kimani.

Kenyan President Uhuru Kenyatta issued a statement Sunday calling the incident a “a grizzly and unnecessary accident. The tanker responsible for the deaths should not have been on that particular road at that hour.” The president urged “the agencies responsible for enforcing traffic regulation to fully investigate this tragic breach.”

Kenyatta said that 11 of those killed were officers from the General Service Unit who provide VIP protection, including to the president.

Kenya has struggled to reduce the rising number of road accidents as more people acquire vehicles in the country’s growing middle class. In 2013, the government re-introduced breathalyzers to limit accidents blamed on drunk drivers.

According to the National Transport and Safety Authority 1,574 died in road accidents in the first half of this year, 86 more deaths than in the same period last year.