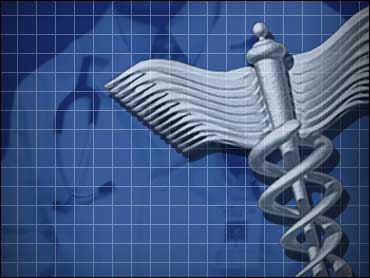 Many obese adults have been having weight-loss surgery for years, but a new study says suggests it's also becoming popular among overweight teenagers.

The study, in the journal Pediatrics, came about because the researchers "were really looking at trends of who, exactly, was having obesity surgery in an adolescent population," CBS News Medical Correspondent Dr. Jennifer Ashton explained to "Early Show" co-anchor Maggie Rodriguez. "So, they looked at the state of California, and a two-year period from 2005 to 2007, and found there were 590 teenagers who underwent obesity surgery … in the age 13 to 20-year-old age group."

Ashton said, among adults, "Obesity surgery is the gold standard for permanent weight loss, (but) with more and more teens and children being obese and overweight, we are starting to see the treatment for that kind of go over to that age group."

That begs the question of whether such surgery is safe for young people.

"When you talk about something drastic, you have to weigh risks versus benefits," Ashton explained. "The benefits of this in the teen-aged population is that we will hopefully be able to prevent the diabetes, the high blood pressure, the high cholesterol that we're starting to see in teenagers who are already obese. Why wait until they are 20 or 30 to start treating that when some people say you should start treating it when they have the disorder?

"However, you always have to talk about risks."

The study, she pointed out, "did not find any higher complication rate among teenagers or children. They still saw the same complications they see in adults, which could include anything from bleeding to infection. Depending on whether or not they had the lap-band or a gastric bypass -- those sites can leak and cause infection. They have the same immediate post-operative complications, lung problems. They could see kidney failure in the hospital -- all of these were not seen in a higher rate in the children or teenagers than we see in adults.

"But again, we're seeing more and more of this. We also should note that the lap-band, which is very popular, is not FDA ) Food and Drug Administration)-approved yet for use in children. so the company that makes the lap-band is starting to apply for that."