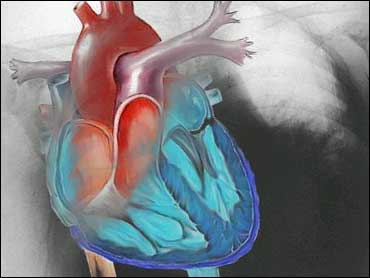 Scientists in France think they have figured out how to predict which people are at risk of dropping dead suddenly from a heart attack, according to a study published to be published in Thursday's New England Journal of Medicine.

They found that those whose hearts beat too fast during rest and too sluggishly during exercise have a higher chance of sudden cardiac death.

The research, believed to be the first on sudden death in healthy people, relied on simple stress tests like the ones often given to people with heart problems.

Experts said the findings do not mean healthy people should have routine stress tests. But they said that when heart patients get the tests, doctors should study the heart rate pattern for signs of trouble and not just look for evidence of blocked arteries as most do now.

"We know there are people who are walking time bombs," said Dr. Michael S. Lauer, a staff cardiologist at the Cleveland Clinic who was not involved in the latest study but who also researches stress tests and how patients fare over time. While there is no proof early intervention prevents premature deaths in such people, he said, "I would fix absolutely everything that can be fixed."

That would include putting patients on medicines such as aspirin and drugs to control blood pressure and cholesterol, and starting them on an exercise program to tone up the heart.

The latest study found the risk of sudden death was about four times higher than normal in men whose hearts beat fast while resting or did not speed up as much as they should during exercise. Likewise, sudden death was twice as likely in men whose heart rates did not slow down enough in the minute after exercise ended, compared with men with normal shifts in their heart rate.

The results are similar to earlier findings on people with heart disease.

Sudden death occurs when a heart attack, or sometimes an abnormal rhythm, stops the heart. It strikes people as young as their 30s and 40s, and is responsible for 5 percent to 10 percent of all U.S. deaths, or roughly 350,000 to 500,000 deaths a year.

The French study followed 5,713 middle-aged, male French civil servants who had stress tests during physical exams between 1967-72. Over an average 23-year followup, 83 died of sudden cardiac death, on average within 11½ years.

The men who died of sudden cardiac death were only capable of exercising about six minutes, a minute less than the others in the study; also, one in five had lost a parent to sudden death.

The results probably also apply to women, said Lauer and Dr. Daniel Shindler, a cardiologist and professor at Robert Wood Johnson Medical School. Recent research shows healthy women whose hearts do not slow down properly after exercise are more likely to die of heart problems.

The apparent cause of such abnormal heart patterns is a malfunction of the parasympathetic nervous system, which is supposed to slow the heart rate back down after danger or stress.

Shindler said the new study will influence which type of drug he prescribes to slow the heart rate in patients found to have this abnormal heart pattern.

Dr. Paul D. Thompson, an American Heart Association spokesman and a cardiologist at Hartford Hospital in Connecticut, said the study could lead to new medicines, but he thinks it will be a while before the stress test is used to spot healthy people at risk of sudden death.

Generally, only people with known or suspected heart disease get stress tests, in which people walk on a treadmill and sensors record their heart's activity. The Frenchmen exercised on stationary bicycles, as is common in Europe.