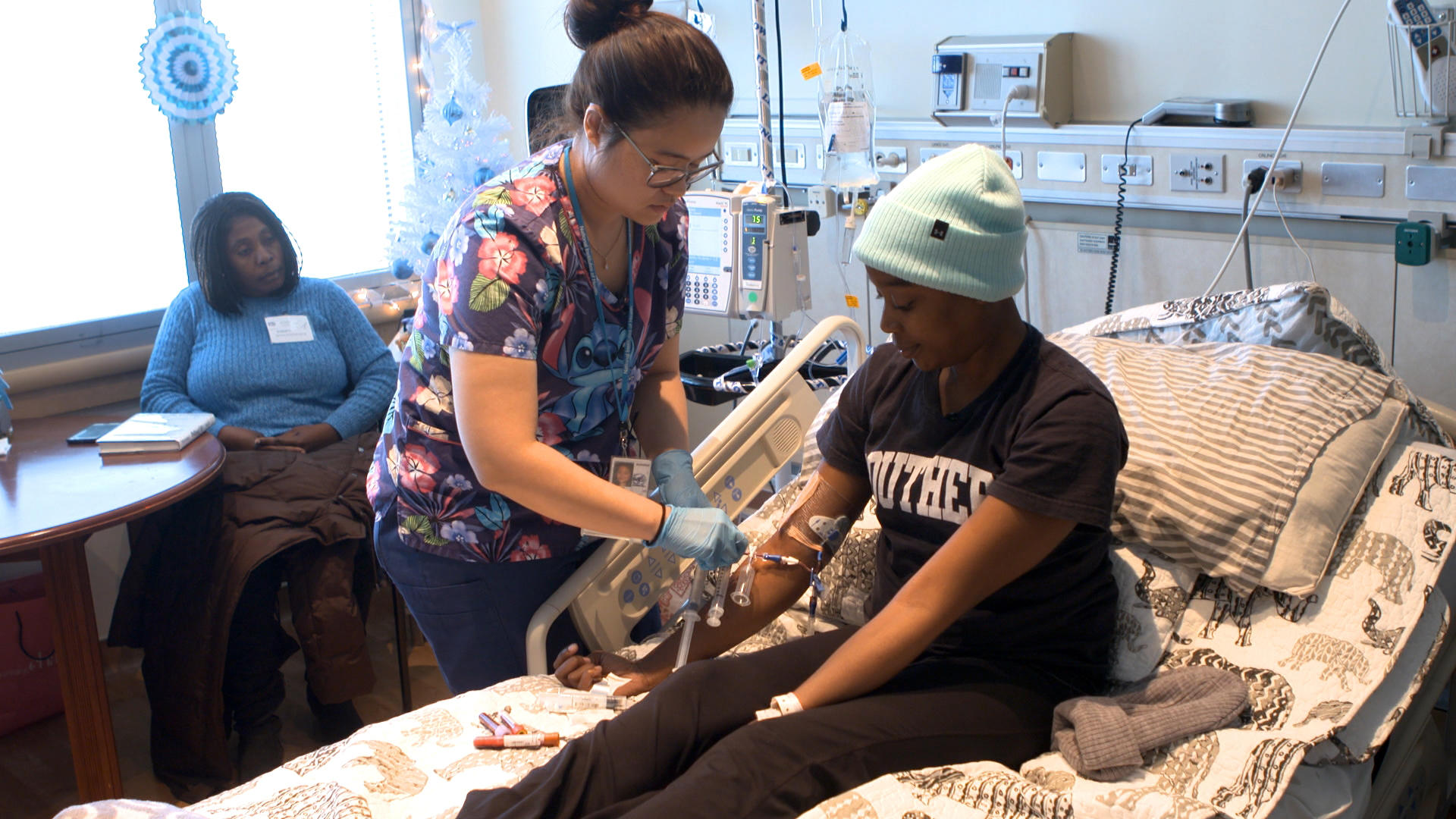 Below is a transcript of correspondent Dr. Jon LaPook's conversation with 60 Minutes Overtime's Ann Silvio about his story this week on a gene therapy trial that may be a cure for sickle cell anemia.

ANN SILVIO: Jon, you reported on a medical breakthrough on 60 Minutes this week. How significant is this for sickle cell anemia?

DR. JON LAPOOK: I think it's a big deal -- it's a proof of concept. It says, "We can actually do this." We can fiddle with the genes and we can cure somebody with sickle cell anemia.

DR. JON LAPOOK: Are you daring to say there's a cure for sickle cell anemia with this treatment?

DR. FRANCIS COLLINS: I am daring to say a cure for sickle cell disease may even be now at hand.

ANN SILVIO: Was there a voice in your head that was telling you, "Let him say the word "cure", I'm not gonna say it."

DR. JON LAPOOK: Oh, I would never have said the word "cure." We're people of science, but you don't want to jinx it, you know? Like, okay, if we don't say it-- but yeah, I think-- from everything that it looks like, it looks like a cure. And for me, it's especially emotional because from 1976 to 1986 -- ten years when I was seeing a lot of people who had sickle cell anemia. And I could tell you their names still, but I won't for HIPAA reasons. But one after the other, they died.

ANN SILVIO: You couldn't help them?

DR. JON LAPOOK: All you could do was give them pain medicine. So it was a very helpless feeling. So I was taught first, it was, like, the first month of medical school "Someday we're gonna have a cure for sickle cell anemia." That was 1976. And so for me to see that-- that patient, right in front of my eyes, who's cured.

ANN SILVIO: So when you started reporting this story, did you know what the outcome was gonna be, that this would be successful?

DR. JON LAPOOK: Not at all, in fact I didn't know if it was gonna work. Jennelle hadn't gotten any treatment yet. Her whole life she's been a sick person.

DR. JON LAPOOK: She thought she was gonna die early. She had a lot of friends who died early.

JENNELLE STEPHENSON: I am, I am, I really am.

DR. JON LAPOOK: Right. That was part of the chemotherapy.

DR. JON LAPOOK: What was explained to you about the possible side effects?

JENNELLE STEPHENSON: That my reproductive system would have been kind of wiped out from the chemo--

JENNELLE STEPHENSON: Yes. So-- yes. I just, I came to terms with it because, to be honest, I wouldn't want a kid with sickle cell anyway, it's a really rough disease, and I would never want to see an offspring go through it.

DR. JON LAPOOK: And she also risked her life to even go through this.

ANN SILVIO: 60 Minutes has aired stories about the dangers of altering genes-- messing with the human genome. Is that fear part of this story?

DR. JON LAPOOK: Yes. Because no matter how you're doing it-- I mean, you're fiddling with the genes of a human being. Once you put that gene into somebody, you can't un-put that gene into somebody, at least not now. In the future they talk about having a kill switch, so that if things go wrong you can somehow turn the gene off. But that's one of the big fears and there have been real calamities. Death from gene therapy in the past. Well, you talk to Jennelle, she knew all this.

DR. JON LAPOOK: This is fancy genetic tinkering. And it involves putting different kind of genes inside of you that you normally don't have.

DR. JON LAPOOK: Does that give you any pause?

JENNELLE STEPHENSON: I was terrified at first. I think they were using the HIV virus or something, just because it spreads so well.

DR. JON LAPOOK: That wouldn't give you HIV.

ANN SILVIO: For anyone who was around during the HIV epidemic, you know, going back to the '80s--

DR. JON LAPOOK: March of 1981. My first patient with HIV. First bed on the left in the intensive care unit.

ANN SILVIO: So now you're doing a 60 Minutes story and HIV is really the secret weapon to curing disease--

DR. JON LAPOOK: It's amazing. Isn't that amazing. This is a great example of why you have to put money into basic research. Who would have known that figuring out how the HIV virus works would help you probably cure sickle cell anemia someday? We don't know what we're gonna use. We're building up all these tools, we're doing all this basic research. If I someday develop some disease, I'm gonna want a cure for that or a good treatment for it that day. Well, it takes ten, 20, 30 years maybe to come up with that. So, when I see Jennelle, encapsulated in Jennelle and in her success--  is so much.

JENNELLE STEPHENSON: These are the kind of things I've always wanted to do.  Just an evening stroll. Nothing to it….

The video above was originally published on March 10, 2019. It was produced by Ann Silvio and Lisa Orlando and edited by Lisa Orlando.