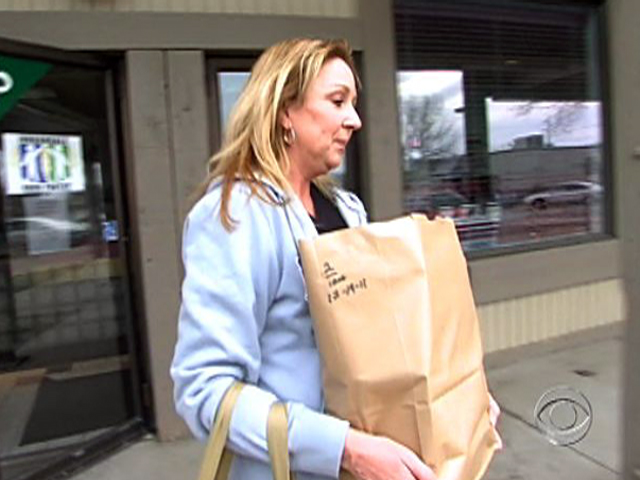 DES MOINES, Iowa - The Iowa caucuses are just 12 days away. Jobs and the economy have dominated the campaign there -- even though the state's unemployment rate is nearly three percentage points below the national average. More Iowans, who've never done it before are seeking help these days.

It is no surprise that the urban poor line up at the downtown Des Moines food bank. But as CBS News correspondent Dean Reynolds reports, the surprise is in at the upscale suburb of Urbandale -- where the need is skyrocketing. The number of families coming here is up 80 percent over last year.

To food bank director Elisabeth Ballstadt, it means more and more in Iowa's middle class are falling into the underclass.

The need has grown so much that today's food stocks can't keep up with demand.

That means less food for people like Elizabeth Schleisman. Every month she can get one allotment of food. With the cutbacks that means one can of beans instead of two. She stretches the food for her 14-year-old son Keaton by going hungry herself.

"I'm just trying to do the best that I can," Schleisman said. "And a lot of people are in the same position I'm in."

She's been struggling since she lost her well-paying sales position three years ago. She lost her most recent job in October. Her savings are long gone.

"When I got out to my car and got in my car I just sat there and started crying. It was just a combination of a little bit of despair. But also a feeling of relief that they gave me all this food that I could bring home."

But even these meager supplies may dwindle as the Christmas season passes and donations slow down even more.

"Maybe you don't know that your neighbor is me, that's going to the foodbank," she said, "but I want people to know, I'm not embarrassed that I'm in this position. It is what it is."

Schleisman recently applied for 25 jobs last week. She also recently began volunteering in a food bank - helping others in a place that means so much to her.