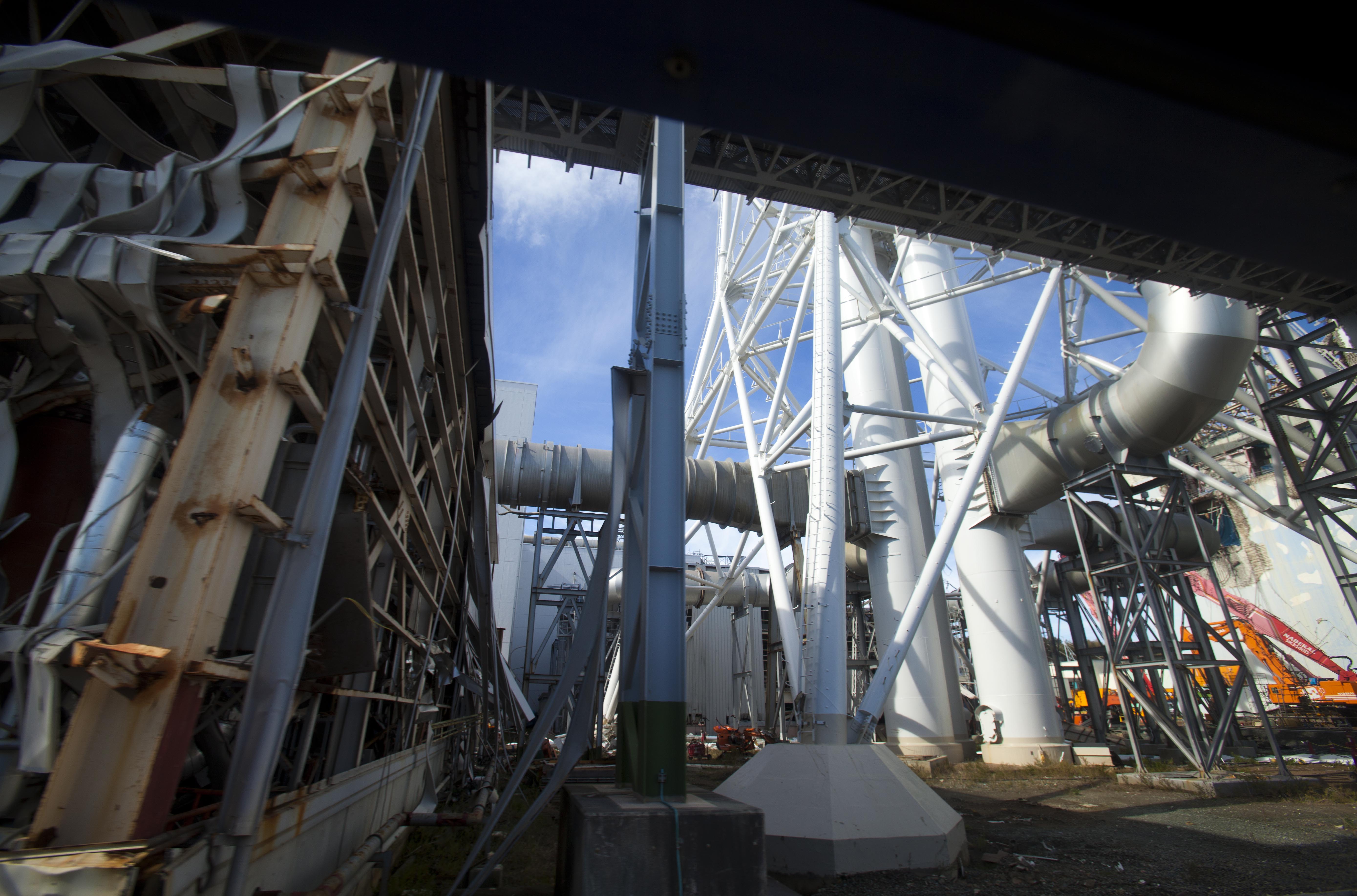 The problem underlines the continuing challenges facing Tokyo Electric Power Co. as it attempts to keep the Fukushima Dai-ichi nuclear plant under control. A massive earthquake and tsunami badly damaged the plant last March, resulting in the melting of three reactor cores.

Workers spotted a leak Friday at a water reprocessing unit which released enough beta rays to cause radiation sickness, TEPCO spokesman Junichi Matsumoto said. He said no one was injured and the leak stopped after bolts were tightened on a tank.

Matsumoto said TEPCO also found that 8.5 tons of radioactive water had leaked earlier in the week after a pipe became detached at Unit 4, one of the plant's six reactors. The company earlier had estimated that only a few gallons (liters) had leaked.

He said officials are investigating the cause of that leak, but that it was unlikely the pipe had been loosened by the many aftershocks that have hit the plant.

The structural integrity of the damaged Unit 4 reactor building has long been a major concern among experts because a collapse of its spent fuel cooling pool could cause a disaster worse than the three reactor meltdowns.

Cold winter weather has also caused water inside pipes to freeze elsewhere at the plant, resulting in leaks in at least 30 locations since late January, Matsumoto said.

Officials have not detected any signs of radioactive water from the leaks reaching the surrounding ocean. Sandbag walls have been built around problem areas as a precaution.

More than 100,000 people around the plant fled their homes after the disaster due to radiation fears.

The government announced in December that the plant had reached "a cold shutdown condition" and is now essentially stable.

On Monday, six inspectors from the government's Nuclear and Industrial Safety Agency will begin an inspection of the plant to ensure its continued stability. They will study the reactors' cooling functions and measures to prevent explosions and nuclear chain reactions, among other steps to keep the plant under control, officials said.