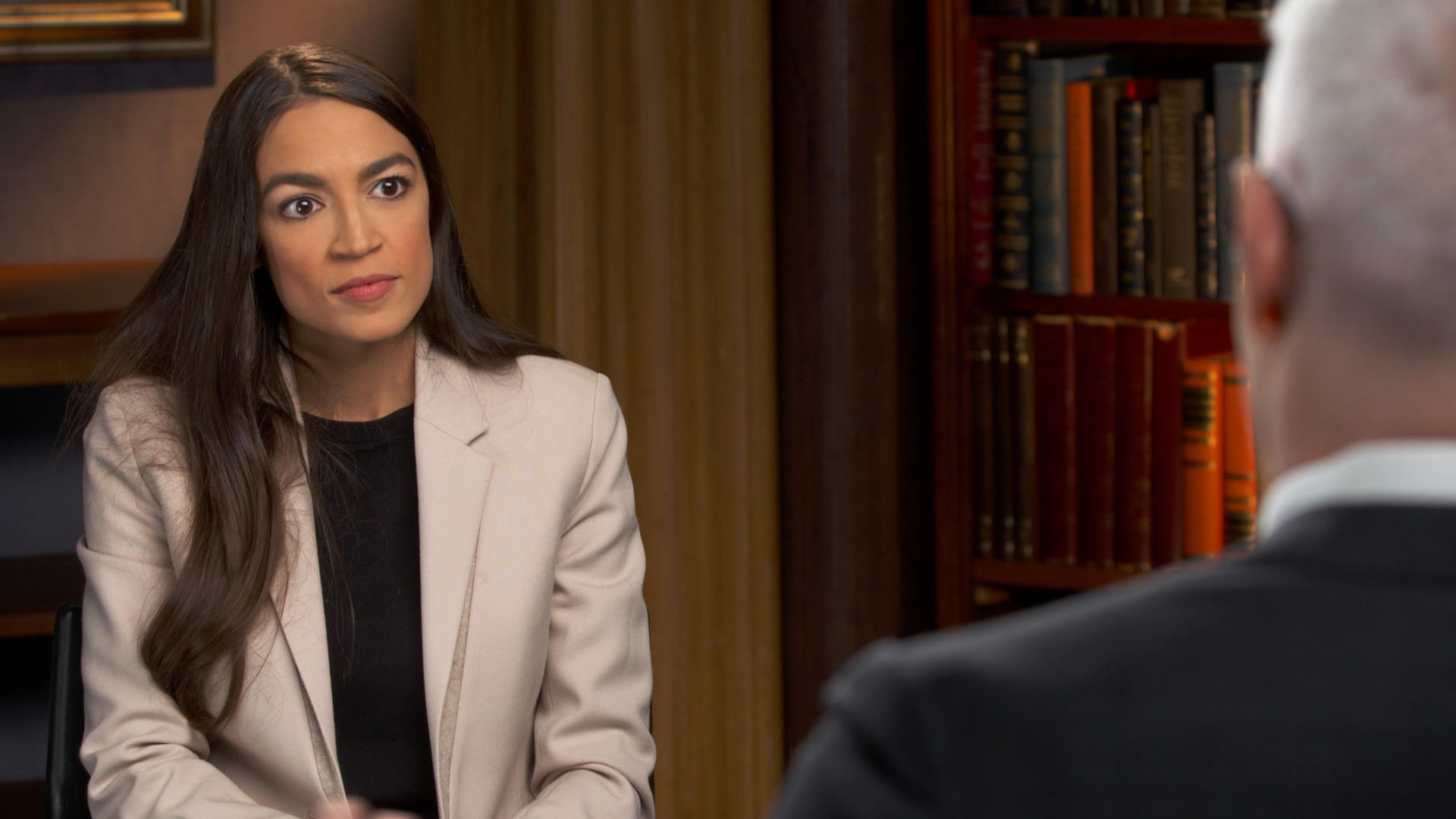 This week on 60 Minutes, Anderson Cooper interviews freshman Rep. Alexandria Ocasio-Cortez (D-NY). "She's been described as both an inspiring and idealistic insurgent, and as a naïve and ill-informed newcomer; as the future of the Democratic party, and as a potential obstacle to its success," Cooper reports.

Here are some parts of Cooper's conversation with Ocasio-Cortez you didn't see on the broadcast.

Ocasio-Cortez knows people view her as a "flamethrower." But she disagrees with that assessment.

"I think the truth of what I am is a consensus builder," she told Cooper in the video above. "And I like to think that I'm persuasive, and so I think a lot of that work is going to be on building relationships and trying to persuade and talk to my colleagues on building a progressive agenda for the party."

Washington, Cooper said, is about deal-making and moderating one issue to get advancement on another. Has she overpromised on what she can accomplish?

"I don't worry about it because, first of all, when we talk with our organizers and our activists and voters every day, we always say that change does not happen overnight," she said.

Should Dems be concerned about an Ocasio-Cortez influence?

Cooper raised the fear that some Democrats have about Ocasio-Cortez: that she will push their party too far to the left.

"While I understand that concern, I think that I'm a much more reasonable person than people tend to make me out to be," she said in the clip above.

Cooper also addressed the coverage Ocasio-Cortez has received from conservative outlets like Fox News. They are arguing that the Democratic party has become too radical and portraying her as the party's standard-bearer, he said.

"I can see why Fox would consider a living wage to be a radical, far-left agenda, when they are supporting the incarceration of children at our border," Ocasio-Cortez said.

Last month, Ocasio-Cortez and Donald Trump Jr. got into a bit of a rumble on social media. The president's eldest son posted a meme on his Instagram suggesting that the Democratic Socialist ideology she supports would create such economic chaos that it would lead to Americans having to eat their dogs for food.

Ocasio-Cortez responded on Twitter the next day. "I have noticed that Junior here has a habit of posting nonsense about me whenever the Mueller investigation heats up," she wrote. "Please, keep it coming Jr — it's definitely a 'very, very large brain' idea to troll a member of a body that will have subpoena power in a month."

In the 60 Minutes interview, Cooper asked her about the fight, and Ocasio-Cortez offered an answer that echoed the brusque social media style of the president himself.

"If you can't take the heat, then get out of the kitchen," she said, in the clip above. "And people know that if you're going to come after me, you're opening yourself up."

Is there a secret to living well into your 90s?

How strangers can hack the phone in your pocket