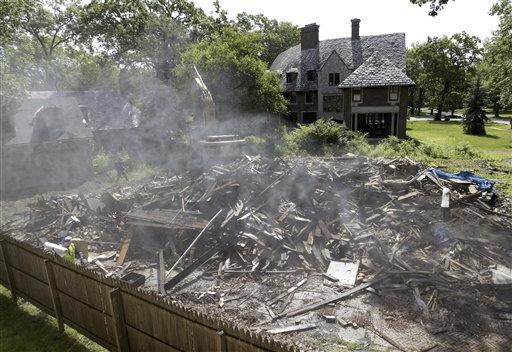 Prime Minister Ayad Allawi is "very concerned" about the reported killing by a U.S. Marine of a wounded and unarmed Iraqi in a Fallujah mosque, his office said in a statement Wednesday.

"The prime minister is very concerned by allegations of an illegal killing by multinational forces in Fallujah," the statement said. "He has discussed the matter with the commander of the multinational force in Iraq," Gen. George Casey.

"Gen. Casey has assured the prime minister that an urgent inquiry is underway, and that he will share its findings with the Iraqi government in full and with complete transparency," the statement added. "Unlike others, the prime minister will await the outcome of the investigation before commenting any further on this incident."

The statement appeared to be in response to growing public anger over the incident, which occurred Saturday in a mosque in Fallujah. The 1st Marine Expeditionary Force has launched an investigation into the shooting, which was

captured on video
by a freelance journalist.

The shooting comes as Allawi and his U.S. backers are seeking to contain a backlash among Sunni Muslims to the invasion of Fallujah, a stronghold of rebel activity.

On Wednesday, the U.S. ambassador to Iraq expressed regret over the incident but said it would not undermine U.S. efforts to remove guerrillas from the city.

"No one can be happy about an incident such as that one, but the important point is that the individual in question will be dealt with," Ambassador John Negroponte told reporters. "The matter is being looked into and whatever measures are necessary under our system of military justice I know will be taken.

"But I don't think that (the incident) in any way is a reflection on the quality and caliber of absolutely fine young service men and women we have serving here in Iraq," he said during his first visit to the Shiite Muslim quarter of Baghdad, Sadr City.

American and Iraqi authorities tried to prevent rage from spreading among Sunnis, many of whom watched dramatic footage of the shooting that aired throughout the day on Al-Jazeera television, a Qatar-based satellite station. American stations did not show the killing itself.

"Look at this old man who was slain by them," said Ahmed Khalil, 40, as he watched the video in his Baghdad shop. "Was he a fighter? Was anybody who was killed inside this mosque a fighter? Where are their weapons? I don't know what to say."

At a news conference Tuesday, Iraqi Interior Minister Falah Hassan al-Naqib, himself a Sunni, said that although "killing a wounded person is rejected by us," Fallujah militants were "killers and criminals" who committed brutal acts.

The shooting in the Fallujah mosque became public Monday with the airing of the footage taken Saturday by pool correspondent Kevin Sites of NBC News. In his report, Sites said the man who was killed didn't appear to be armed or threatening in any way, with no weapons visible in the mosque.

In a statement Tuesday, the 1st Marine Division said it launched its investigation "to determine whether the Marine acted in self-defense, violated military law or failed to comply with the Law of Armed Conflict."

It was unclear from the statement whether the incident was reported through the chain of command Saturday or only when the pool footage became generally available two days later.

Sites said three other insurgents wounded Friday in the mosque were also shot again Saturday by the Marines.

International legal experts said protection of injured combatants once they are out of action is a basic rule in warfare but that the Marine shown in the video may have acted in self-defense.

Charles Heyman, a British infantry veteran and senior defense analyst with Jane's Consultancy Group in London, defended the Marine, saying soldiers are taught that the enemy "is at his most dangerous when he is severely injured."

International Red Cross spokesman Florian Westphal said the Geneva Conventions are clear: Protection of wounded combatants once they are out of action is an absolute requirement.

"It's clearly recognized that people in combat situations are under enormous strain," Westphal said in Geneva. "Obviously, we were not on the spot so we cannot judge the precise circumstances of what was being shown here."

However, the status of the wounded man was unclear. A different Marine unit had come under fire from the mosque on Friday. Those Marines stormed the building, killing 10 men and wounding five, according to Sites. He said Marines treated the wounded and left them.

The same five men were in the mosque Saturday when Marines from another unit arrived. Westphal said he couldn't say for sure from NBC's account whether the man was a prisoner.